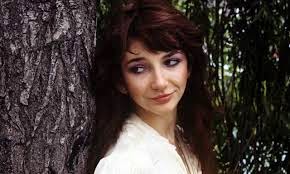 Sometimes referred to as one of the Queens of British pop. A highly influential singer, and it has become almost standard for individualistic female singer-songwriters to be compared to Kate Bush by the media. In 1979, Bush embarked on her first (and only) tour. Surprisingly the singer is to return in August 2014 for a string of live performances, so what better time than to look back at her discography.
Unafraid to experiment, there’s a sense of mystery about her music and reclusiveness. Music videos, rare interviews, and her songwriting style employing historical or literary references add to her elusive reputation. She had a lot of creative control over the production of her albums, and back then that was all new, so she was a pioneer for female artists.

Here is my ranking of her ten studio albums: 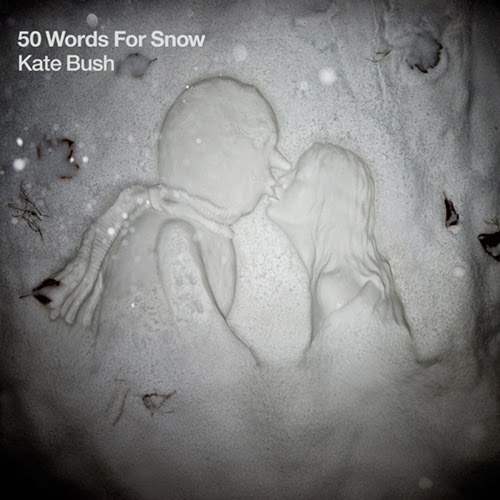 50 Words for Snow (2011)
Rich in wintery atmosphere, I admire her willingness to try something new. Pleasant enough, with lots of piano, but also quite boring and lacking is variation. I struggled to even finish, and it tested my patience. A slow paced concept album with very long tracks. Not for everyone. 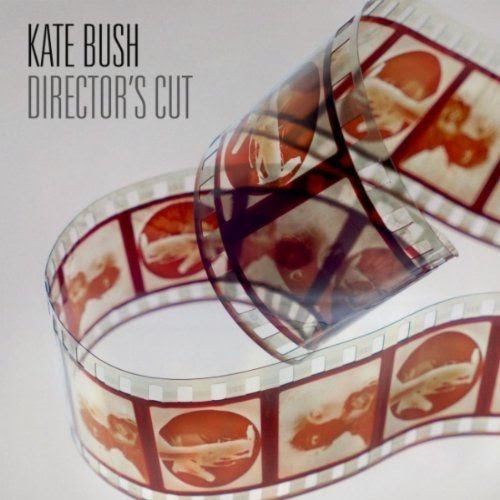 9.)
Director's Cut (2011)
A self-indulgent and largely unnecessary album of reworkings of her older material. The 2011 version of This Woman’s Work is for me the highlight, the piano is replaced with a beautiful electronic mix, and the vocal is somehow more vulnerable. Lyrics are about regrets. The rest of the album doesn’t do much for me, and in most cases I prefer the originals.
Favorite tracks: This Woman’s Work 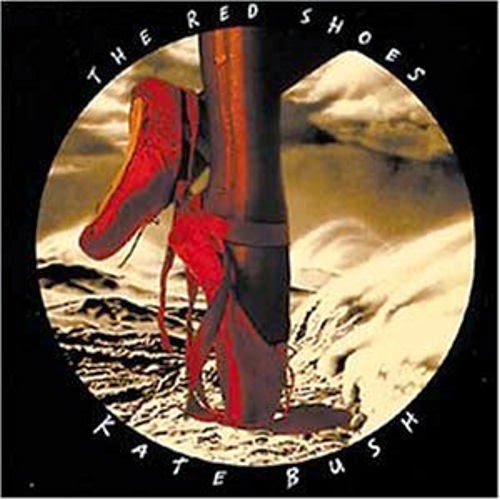 8.)
The Red Shoes (1993)
An album the singer has expressed regrets about. This was a troubled time for Bush, who had suffered a series of bereavements including the loss of her favoured guitarist, Alan Murphy, and, most painfully, her mother, Hannah, who died shortly after the album's release. Bush's long-term relationship with bassist Del Palmer had also ended, although the pair continued to work together. Surprisingly, despite these setbacks, the album is quite upbeat.
To me, the material lacks the punch of her 80s work, and the album is somewhat patchy and overlong. Bush would take a 12 year hiatus following the release, perhaps at this time she was burnt out and needed a break. She would revisit several of the tracks for her 2011 album Director’s Cut.
Favorite tracks: And So is Love, Rubberband Girl, Eat The Music, 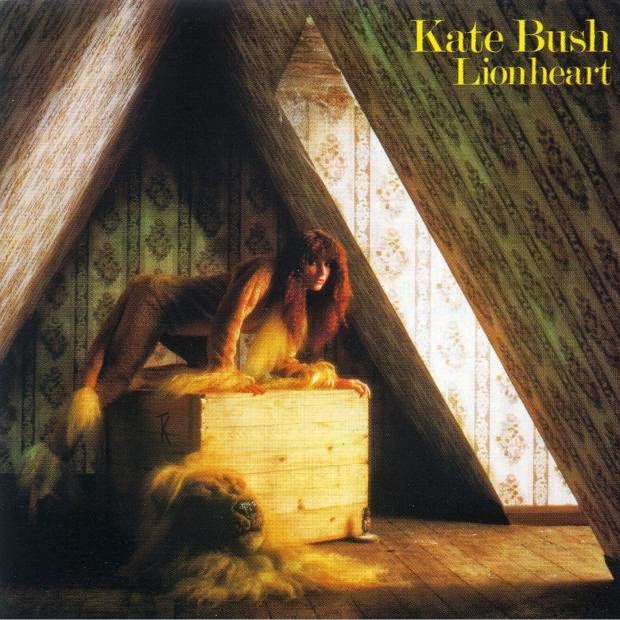 7.)
Lionheart (1978)
Following the success of her debut album, Kate Bush's record company EMI were eager to get another out. Bush was unhappy with the short length of time she had in which to produce the album. Don't Push Your Foot on the Heartbrake is maybe the most adventurous track with its surprising rock approach.
Favorite tracks: Wow, Don't Push Your Foot on the Heartbrake, Hammer Horror 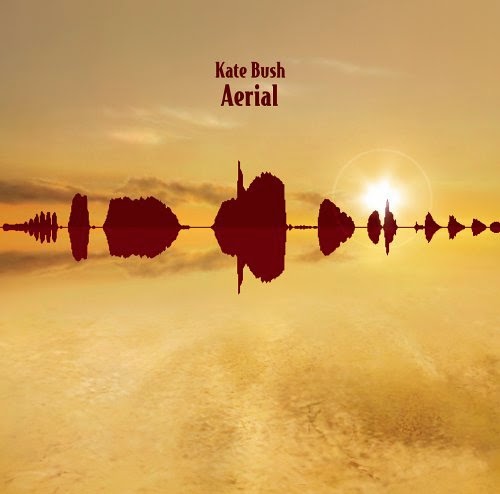 6.)
Aerial (2005)
Following a hiatus during which she became a mother, she returns with a double album which has its own mood. As with 1985's Hounds of Love, the album is divided into two thematically distinct collections.
Rated highly by critics, there are interesting flourishes, the nature sounds are a nice touch. Disc 2 traces the arc of a summer’s day, each song threaded with bird song. There is much to like on Disc 2(Sky Of Honey), and is easily my favorite of the double album.
Disc 1(A Sea of Honey) was ok, but I found it slightly dull and unmemorable. The song Mrs. Bartolozzi annoyed me with the “washing machine” lyric. On the track ‘Bertie' the singer celebrates her son, and the delicate 'A Coral Room' is a tribute to her late mother. A case where I feel repeat plays will help me warm to the album.
Favorite tracks:
Disc 1: King of the Mountain, How to Be Invisible
Disc 2: Aerial, An Architect's Dream, Somewhere in Between, 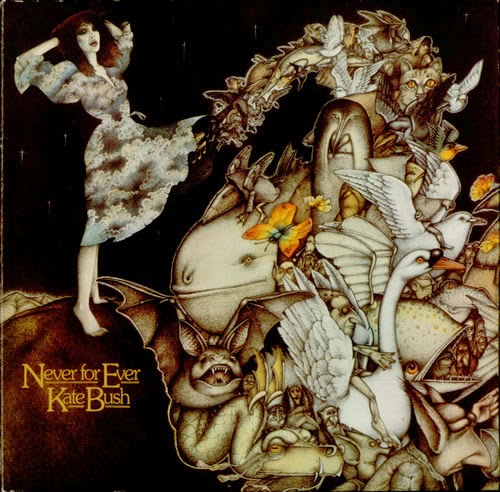 5.)
Never For Ever (1980)
The first two albums had resulted in a particular sound, with lush orchestral arrangements supporting the live band sound. Never for Ever bridges the gap between 70s Kate and 80s Kate. The range of styles on Never for Ever is much more diverse, featuring synthesizers and drum machines.
According to Bush, the title alluded to conflicting emotions, good and bad, which pass, as she stated: "we must tell our hearts that it is 'never for ever', and be happy that it's like that"
The album cover is an illustration by artist Nick Price, it depict a multitude of animals and monsters emerging from under her skirt. Of the concept, the singer said that it reflects the title, depicting good and bad things that emerge from you.
Favorite tracks: Breathing, Babooshka, Delius (Song of Summer) 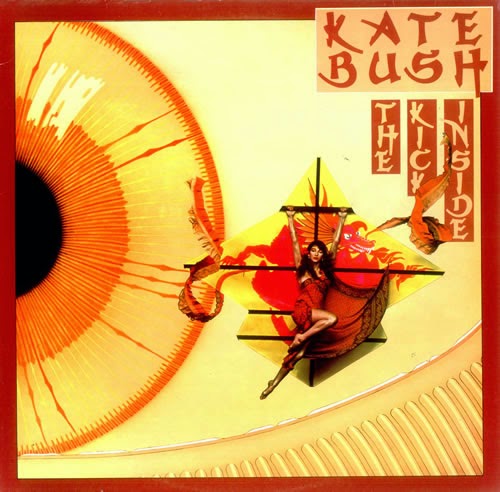 4.)
The Kick Inside (1978)
Her debut album, released when she was only 19-years-old. While I feel the vocal is a tad samey over the course of the record, it’s also a cohesive set. Her cinematic and literary influences, two qualities considered her trademarks, were especially prominent in "Wuthering Heights", which is by many still considered her best song. Unfortunate that the song has been played to death on the radio, while other great tracks from her discography are rarely aired at all.
The album title hints at child birth, which is most obvious in, Room For The Life and The Kick Inside.
Favorite tracks: Wuthering Heights, The Man with the Child in His Eyes, Moving, Oh To Be In Love 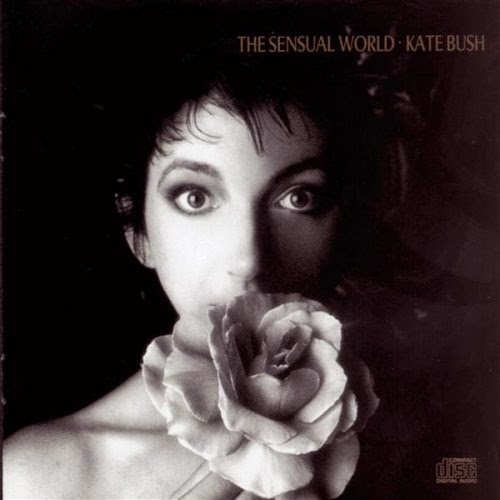 3.)
The Sensual World (1989)
Her biggest-selling album in the US. An autumnal slow burner. An album with some of her best songs. That said, I feel the record is patchy and includes filler tracks of lesser quality.
Both 1989's The Sensual World and 1993’s The Red Shoes featured contributions from Trio Bulgarka, the Bulgarian female vocal trio who sang on several tracks.
The song Deeper Understanding is quite prophetic, written in the pre-internet age, and the reason I started listening to her music in the first place. I read the lyrics are comparable to Spike Jonze's movie Her (2013)
Favorite tracks: Deeper Understanding, The Sensual World, Never Be Mine, This Woman's Work, Love and Anger 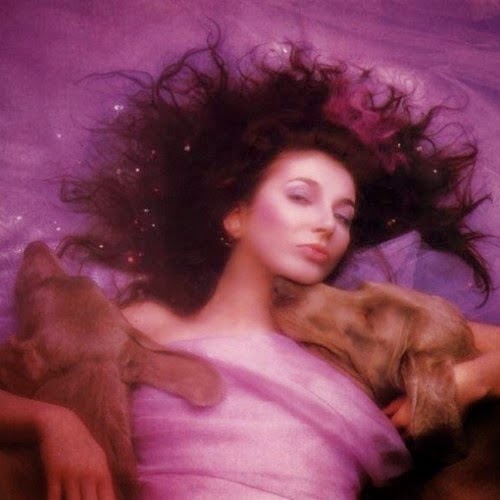 2.)
Hounds of Love (1985)
Her best-selling studio album, and many claim this is her masterpiece. Slant Magazine listed the LP at #10 on its list of "Best Albums of the 1980s". The album reached number one in the UK.
Cited as a peerless fusion of the commercial and creative. The album was produced as two suites - side one being the more pop-friendly "Hounds of Love" and side two being a 7 track concept album called "The Ninth Wave".
Each musician would play their parts separately, which gives it a slightly futuristic atmosphere.
I didn’t connect with it as deeply as #1 and # 3 on my list. Even so, Hounds of Love is a great album with timeless lyrics and many highlights.
Favorite tracks: Running Up That Hill, Hounds Of Love, The Big Sky (Meteorological Mix), Cloudbusting, Mother Stands For Comfort, Hello Earth 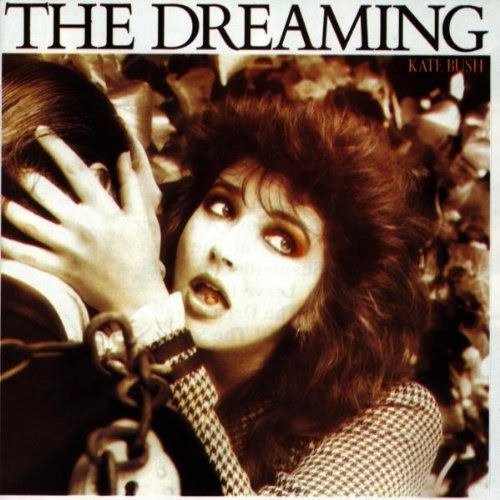 1.)
The Dreaming (1982)
Slant Magazine listed the album at #71 on its list of "Best Albums of the 1980s". The first album Bush produced on her own. Compared to her previous output, you can hardly recognize it’s the same artist. It’s great to see her experiment with her vocal, which is something I sensed she was capable of, and the production on every track is interesting.
An unconventional album, it doesn’t have any chart topping singles. Bush herself has called The Dreaming her "I've gone mad album" and said it wasn't particularly commercial.
The artwork depicts a scene described in the lyrics to the song "Houdini". In the picture shown, Bush is acting as Harry Houdini's wife, holding a key in her mouth, which she is about to pass on to him.
Of all her albums, The Dreaming is my favorite, and the disc from her discography I have played the most this year. Each listen reveals new details, a lot of care and attention has been put into the work.
Favorite tracks: Pretty much everything. Especially, The Dreaming, There Goes a Tenner, Pull Out the Pin, Get Out of My House, Sat in Your Lap

Have you listened to any of these albums, agree or disagree? Any favorites? For my next music post, I’ll share my top 10 Kate Bush songs.