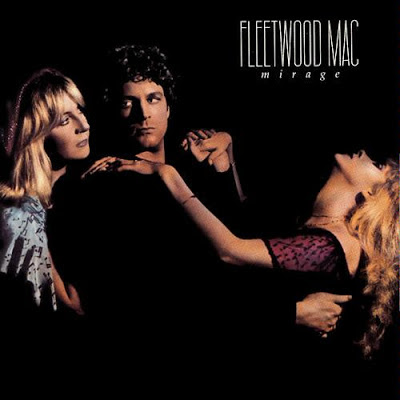 
The 80s saw Fleetwood Mac venturing increasingly into radio-friendly soft rock. By this time Stevie Nicks and Lindsey Buckingham had each commenced a solo side-career, the former to multi-platinum #1 success with 1981's Bella Donna, the latter faring not as well with his first outing Law and Order (US Billboard #32). I haven't listened to the solo stuff yet. Gypsy was accompanied by a lengthy video, the highest-budget music video ever produced at the time.
Overall, the album doesn't hit me on an emotional, gut-level, as some of Fleetwood Mac's 70s work did, but Mirage (1982) has a number of pleasant enough tunes. I disagree with people ranking it among their worst.


Readers, have you listened to Mirage? Which are your favorites from this album?
Posted by Chris at Sunday, March 10, 2013