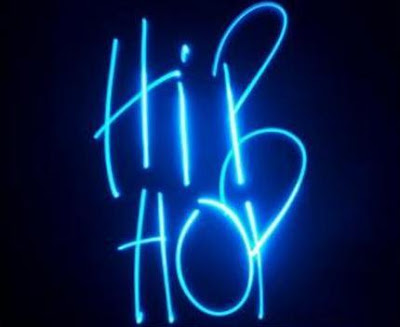 Hip hop has been a genre I've been listening to for a long time. I got introduced to it by a friend around 92/93 who suggested to check out a couple of albums and I have been listening to it ever since, even making my own music for a while. I didn't spend enough time on it to really make any impact, but it was a fun creative outlet with the occasional performance. I'm still a creative mind, just in different ways.

I had been thinking about making a top 10 of my favorite songs for some time and finally decided to do one, and Chris has been so kind to host it on his blog (a way better fit than on my own film focused blog, My Filmviews). Picking these was a very tough task, some I knew immediately as they are firm favorites, but I might have picked a few others if I would make this list again next month. There are just too many great songs out there to narrow it down to just 10. Without further ado I present my choices:

From the moment Canibus burst on the rapscene he stood out (just check out "Beasts from the East", "Desperados" or the DJ Clue freestyle he did). His metaphors were on another level and people were awaiting for his guest appearances and eventually his first album. Although it disappointed and his beef with LL Cool J didn't help his career he kept making music. One of my favorite songs is the amazing Poet Laureate II, a masterpiece which is more than 7 minutes long without any hooks. He displays his knowledge about science, brags and keeps on going while the beats keep changing. Produced by Stoupe from Jedi Mind Tricks.

With the the song "Deep Cover" Dr.Dre introduced the world to Snoop Doggy Dogg. It was about the murder of an undercover cop and appeared on the soundtrack of the movie Deep Cover. A movie in which Laurence Fishburne played an undercover cop trying to uncover a drug ring. The song was shocking and the accompanying beat is one you won't forget anytime soon. The remix, 187um, became even more explicit and the beat even rawer.

The Notorious B.I.G. - Kick in the Door

If it was up to Diddy (still called Puff Daddy back then) this collaboration between The Notorious B.I.G. and DJ Premier would have never happened as he didn't like the beat. Luckily Premier didn't give up and this resulted in one of the best songs Biggie ever made. His flow is impeccable and the Screamin' Jay Hawkins sample of "I Put a Spell on You" is a great choice. Nas would later claim that this record was aimed at him.

Gravediggaz - Diary of a Madman

The Gravediggaz was a hip hop supergroup who's first album was labelled as horrorcore. With dark and gloomy production by both RZA and Prince Paul it was a nightmarish record, with one of the highlights being Diary of a Madman in which we witness them going to court and having to defend their actions. It sampled Johnny Mathis "Warm and Tender" and "No Love (But Your Love)"

Another song with a movie connection although not as directly as 187um. The connection here is with the movie Scarface as it sampled Giorgio Moroder's "Tony's Theme". The song starts with a shocking murder after which the Scarface sample kicks in. Combined with the "Fool Yourself" beat sampled from Little Feat it's already enough to make this a personal favorite.

Although most people will know him for his work with Eminem, he’s been making amazing music for years and is currently part of Slaughterhouse. This song appeared on one of his mixtapes and he sound hungry, vicious and puts so much energy in this song that you can’t help to be impressed by it.

Although their collaborative album “Helter Skelter” never materialised, this song gives a taste of what it might have sounded like. Another haunting beat layered with screams on which both Dr.Dre and Ice Cube tell their violent stories. The original version of the record also included Sam Sneed (who had a succesfull single with “U Better Recognize” and produced this record as well), but it was decided to cut his performance, it can be found online though. The video was a mini movie. I still remember hearing about this song, but the CD wasn't available yet (and Youtube did not exist yet), so I downloaded the lyrics and read them a lot, imagining what the music would sound like. It didn't take too long before I could do so and it gave me chills.

I’m a big fan of lyricism, wordplay and metaphors and Chino XL is one of the best there is. Here he attacks your eardrum for 5 minutes straight. “The scene’s going to be grizzly…bear witness”

Joell Ortiz - I Go Off Freestyle

Another member of Slaughterhouse who attacks the beat and leaves it hardly breathing. This is how you brag and boast.

This UK MC has been around for years and one of his best tracks is this one, sampling Billy Squier’s “The Big Beat”. A sparse track, but it fits the lyrics perfectly.

Yes, this is a 15 minute song, but this never gets boring. Joe Budden asks himselfs what changed hip hop and gives the listener a great history lesson on which events took place.

By the way, if you want to post a music guest post on my site yourself, feel free to contact me, and we'll sort something out. It doesn't HAVE to be as detailed as Nostra's above, and could just be the songs. My e-mail is on the blogger profile on the sidebar, top right
Posted by Chris at Wednesday, December 05, 2012