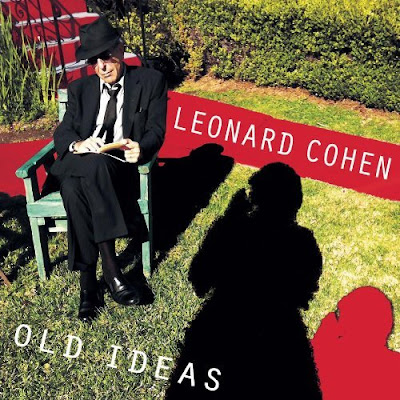 Usually I wait a few weeks or months before sharing new music, I like to let it sink in, and listen to it a few times, to find out what for me are the most memorable tracks on a particular album.

First of all, I love the album cover artwork! The use of shadows and colours, really work well together. Apparently, it's supposed to be his back garden, so we feel we are seeing him as he really is at home, at work.

Unsurprisingly, Cohen’s new album is thematically about becoming old (he is 77). The man is one of my favorite singer-songwriters, and a legend, not just in his native Canada. Leonard Cohen is a poet, not just a musician. Each new album is an event, and a rarity, the long gap between releases brings expectations with it. We know he’s spent years working on the lyrics.

Hearing his new material is, as described in the NPR roundtable discussion:

“like getting a phone call from a friend you haven’t heard from in a long time, and getting his perspective, and what he’s been up to. An intimacy you can’t get from anywhere else.”


For me, a few of the songs are best suited for those listeners who are my grandparent’s age, although I’m sure some will argue all Cohen’s work is about mortality, and is universal. Other themes are love, suffering and forgiveness.

Does Leonard Cohen learn anything from writing songs? Does he work out ideas that way? Leonard Cohen as quoted in the guardian.co.uk interview:

"I think you work out something. I wouldn't call them ideas. I think ideas are what you want to get rid of. I don't really like songs with ideas. They tend to become slogans. They tend to be on the right side of things: ecology or vegetarianism or antiwar. All these are wonderful ideas but I like to work on a song until those slogans, as wonderful as they are and as wholesome as the ideas they promote are, dissolve into deeper convictions of the heart. I never set out to write a didactic song. It's just my experience. All I've got to put in a song is my own experience."


To balance the melancholy confessions, there’s a little bit of self-referential humor sprinkled into the lyrics of the song Going Home, which is not something I had heard him attempt before, and which took a bit of getting used to:


Lyric: “I love to speak with Leonard. He's a sportsman and a shepherd. He's a lazy bastard. Living in a suit”


As Will Oldham (Bonnie 'Prince' Billy) wrote in a recent article in Mojo, that I agree with:

“Somehow he (L. Cohen ) has the ability to shine a light on our finer qualities as people in a way that you feel that you have an alley: even if you’re looking at the beautiful and the ugly in the world, you can value it. I can look around at the good and the bad and say, well, this is humanity and I’m going to keep on dealing with it because I have this man who is doing that too” 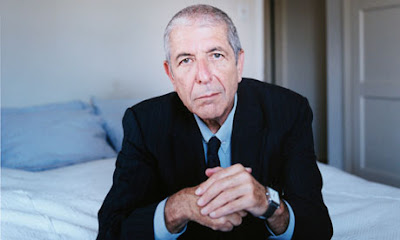 His 12th studio album I don’t think is as haunting as Leonard’s best work, but still a hell of a lot better than a lot of other music currently being released, particularly in terms of lyrics. If I had to criticize Old Ideas, it’s that I feel like I’ve already heard the things he confesses on previous albums, maybe he is just feeling the same way? I’m not disappointed, but I’m not feeling he’s reinvented himself either, apart from the feeling of being close to death. So as I was saying before, a mature, elderly audience would probably identify the most with Old Ideas in my opinion. His debut album from 1967 when he was a 33-year-old on the other hand is more relatable for this reviewer. Having said that, I’ve always sensed Leonard was a wise old man, even when he was young, maybe that is why I felt he hadn’t changed much on the new album.

The production on a couple of tracks felt cheap and similar to his last studio album Dear Heather, which is a pity, and which somehow made a few songs sound less powerful, and less profound. Still, was a lot better than 2004‘s Dear Heather, which Cohen admitted to releasing unfinished a few years back due to pressure from the record company.

I liked about half the album tracks on Old Ideas. My favorite tunes are acoustic, this style for me has always worked well with his soft spoken voice, and reminded me of his earliest stripped down acoustic work from the 1960s.

According to the recent interview in Mojo, Leonard Cohen wants to complete a follow-up before it’s too late.

Old Ideas is a return to form, and in my opinion the best new material L Cohen has put out since 2001's Ten New Songs.

from Chris, movies and songs 365

Have you heard the new album? What did you think of the tracks I shared below?

Show me the place - Leonard Cohen

Show Me The Place by leonardcohen

Crazy to love you - Leonard Cohen

Email ThisBlogThis!Share to TwitterShare to FacebookShare to Pinterest
Labels: Album review, Leonard Cohen, Songs for your iPod, Songs from 2012