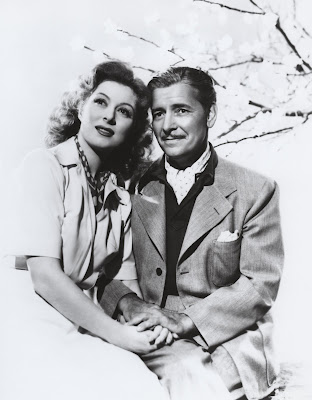 I watched this, as people were calling Random Harvest one of the most romantic movies ever made. As faithful readers will know, I seldom get excited about old black-and-white films. Well, in this case. Wow! That movie magic sure was present.

This film was so romantic, and not in a romantic comedy kind of way, but a genuine adult relationship with real emotions. No spoilers here. You don’t want to hear the plot twists beforehand, which IMDB and RT annoyingly give away in their brief summaries.

The first half of the film impressed me the most. The scenes between Ronald Colman and Greer Garson steal the show for me, they have great chemistry, very moving. Although I would clearly say Greer Garson’s acting is more soulful than Colman’s. Then again, her character Paula is more outgoing, so it’s hard to put a finger on this. No wonder Garson won a best actress Oscar the same year for Mrs. Miniver (1942), she is a great actress.

It’s unusual to see the leading lady character taking the initiative at the beginning of a relationship. Paula is a popular singer among her male audience in the music hall, but she prefers the quiet and memory-disadvantaged Charles Rainer from the asylum. This is puzzling, why? Because he is more mysterious? Because she likes to be in control and he lets her? Or is she the helpful type, who wants to assist a shell-shocked WW1 veteran in distress who appears lost? Could she be lonely in spite of all the male attention? Is Paula simply tired of the same kind of men admiring her body and not her heart? She is almost like a mother figure, treating him like a patient in a tender and kind manner. She appears to know what he needs right away. I wondered at first if she had a history as a nurse during WW1. I think her motivations are interesting. 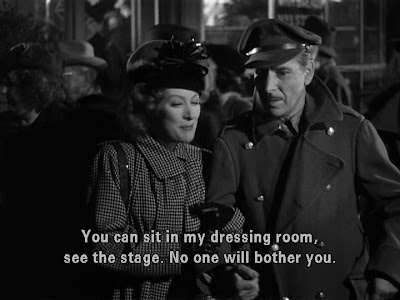 I like Paula's encouraging line about how gaining a bit of confidence is the best medicine in life, I think that’s my favourite quote.

Visually the cinematography is outstanding. Some scenes have a gothic or ghostly atmosphere, which I liked. The cottage with the bridge is so romantic.

There are some minor inconsistencies in the script, such as how could they afford a house and maid? A little overlong as well. Not a perfect film, occasionally implausible, but I wasn’t too bothered by these flaws, and this didn’t take away from my enjoyment.

The American Film Institute (AFI) revealed it's 100 greatest love stories of all time, and Random Harvest (1942) came in at number 36.

If you like a good old-fashioned romance, Random Harvest is a must-see. They don't make films like this anymore. I can understand why it was nominated for 7 Oscars, and why some people on YouTube call this their favourite film that they can watch again and again. The character’s really got under my skin!

I still haven’t decoded the title? Is it how Charles Rainer’s memory is very random?

Thanks to musicinephiles for recommending this film.