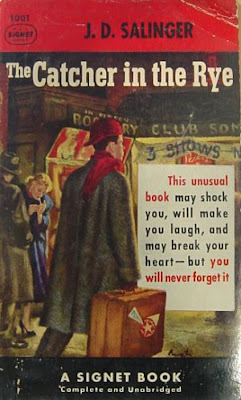 Loved this American coming of age novel, which I just finished. A classic, which might just creep into my top 10 books! Originally written for adults, it’s far from being your typical young adult novel. Suitable for all age-groups.

At the beginning, the main character, Holden Caufield says he got thrown out of many schools, and this is an incentive for the reader to discover why. Holden is difficult to pinpoint, he is described as both childish for his age and sometimes he seems wise beyond his years. The conflict is simple: Holden wants to be an adult, but at the same time he doesn't.

He is a rebel without a cause, without having an alternative to school life. Holden refuses to follow society’s rules, he follows his own. Holden is bothered by trivial things around him. You wonder why he listens to the audience in the foyer, when they clearly irritate him? He rebels, but nevertheless he doesn’t seem able to ignore stuff.

The novel’s strength for me is its energy, characters, humour, and observations. Another positive element is the description of the difference between the inner and outer world.

I was never bored for one second, which is rare for me when reading a novel. There were actually some parallels to the film Roger Dodger (2002), which is one of my favourites. There are many cultural references to the novel, wikipedia has made a long list.

Chapter 11 is my favourite part, where Holden seems happy and likeable in the company of his friend Jane Gallagher, these events takes place in the past. This chapter is both a strength and weakness to me, because I don’t quite believe it’s the same subjective voice as the rest of the book.

Disliking everyone around him apart from a select group of family and friends, he drifts around in New York during the course of the story. He is only good at writing English essays. He doesn’t have much in common with his roommates, but still for reasons unknown helps one of them with written English. Why? Is he trying to fit in or be accepted? Or is he just helpful? They appear only to talk, because they go to the same school.

We don’t know for sure why he is so angry and pointing out other people’s faults, there are probably several reasons, an incident with a brother of his, puberty, from an upper-class family, not knowing who he is. Is he a sociopath or have some other mental illness? Is Holden aware that he needs help, or does he need other people to inform him of this? It’s more of a chaotic character study of a young man than a story of A to B. Holden to me is interesting, his many observations are sometimes arrogant and pessimistic, but often funny and naïve. For example saying an audience are clapping at the wrong time, and the pianist is not playing right. 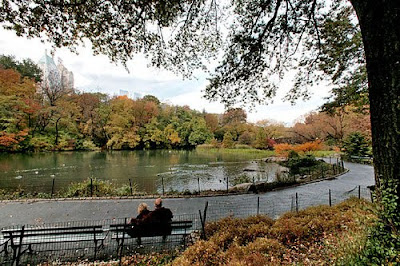 A very good description of New York, he give Woody Allen a run for his money! Holden and others being able to walk around so freely in NY was something that I felt showed it was written in another era. Today kids probably wouldn’t be able to walk around like this without grown ups.

The novel is still controversial to this day. Some readers may be turned off by Holden’s swearing, is Salinger almost making swearing cool? It encourages the reader to think for themselves and find there own place in life. But controversially Salinger/Holden in a way are also encouraging young people to drop out of school. Promoting drinking and lying. This could be why the novel has been banned in some places. Holden is an anti-hero who has become an icon for teenage rebellion and alienation, a character teenagers could identify themselves with. Making the novel forbidden has obviously made it even more intriguing to read.

A weakness could be the structure of the story, I felt like the scenes sometimes where variations of the same situation repeated. The way he thinks about his sister is a little disturbing, but innocent. His sister Phobe, similar to Holden, is also wiser than her age implies, and other times she is immature. You get the feeling Holden misses his childhood enormously, it’s a sanctuary of memories. For example the way he describes going to the museum, when he was a kid. Some have criticized too much whining being on display and there is not enough character development, but this didn’t bother me.

To me TCITR reads as a book written from the heart, as if Salinger couldn’t help writing the story. Maybe the message is that growing up is tough, which is probably why so many young adults can relate to Holden’s inner thoughts and behaviour. His parents seem to be very distant, which makes it even more difficult for him. A lot is going on in Holden’s mind, which we are allowed to peek into, which is why its even more surprising to hear him claim he is the least intelligent of his siblings. Perhaps he is intelligent, but the schools don’t fit his way of thinking and learning.

It’s that rare book that I felt I could re-read immediately after I had turned the last page. A must-read in my opinion. 9/10 ( :

Email ThisBlogThis!Share to TwitterShare to FacebookShare to Pinterest
Labels: Book recommendations, Book review, The Catcher in the rye