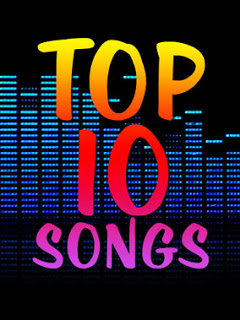 
2.)
How Can You Leave Me On My Own by The Divine Comedy
Chamber Pop. Destined to become a classic. Funniest song of the year and a catchy tune as well. Sometimes people get lazy when left to their own devices, and this song taps into that feeling. I don't know how autobiographical the song is. Considering it's Neil Hannon, it's somewhat tongue-in-cheek. Margaret Glaspy's Emotions and Math, also from 2016, could be considered a sister song.


5.)
Amends by Garbage
Alternative Rock. 2016 was a strong year for music about infidelity, Beyoncé obviously made headlines with Lemonade. Amends got less attention but is likewise emotional and honest, with a distintive melody. Garbage's Shirley Manson described it as her favorite from new album: "I felt like I coughed up something that I needed to cough up, and get out. And get rid of. I felt relief when we wrote it. I love it and I'm proud of it. And whenever I hear it, it soothes me"


6.)
Neon Demon by Cliff Martinez
Film Score. Retro 80s theme from Nicolas Winding Refn’s film of the same name. Sitting in the cinema, not knowing what to expect, and then watching the dazzling and alluring opening credits with this music was a treat.


7.)
I Feel It Coming (feat. Daft Punk) by The Weeknd
Alternative R&B. A great closer on an underwhelming album. Sounds a bit like Michael Jackson


8.)
Tunnel Vision by Kate Tempest
UK Hip Hop. A political anthem about the sickness of our culture and a call to action. Killer lyric: "Staring at the screen, so we don’t have to see the planet die"

Singer-Songwriter. Can bring me to tears, quite possibly the saddest song of the year. My thoughts are with his family at this difficult time. A lullaby to his deceased son. An album/song you can use in your own life to process loss.