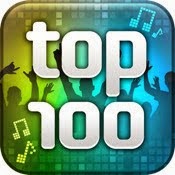 My choices this year don't reflect what's popular on the billboard charts. You could argue Rihanna's Work is the most recognizable hit of 2016, but I find it annoying rather than entertaining. That said I did like a couple of other cuts on her album Anti.

With the arrival of the internet, listening to music has become so fragmented and niche that finding music we all love is rare these days.

I wanted to wait and share the list once I had gone through the albums I wanted to. I also took the time to explore other people's year-end lists so expect a few shout outs to other blogs. The top 100 are songs that moved me emotionally, stayed with me for the arrangement, lyrical content, or because I'm a fan of the vocalist. I listened to 66 albums released in 2016 and I'm only including songs that held up to repeat listens. I've split the top 100 into ten posts, so as not to overwhelm you with everything all at once.

The links are a mix of YouTube, Soundcloud and Spotify, depending on where I could find the music. Hope you enjoy!


91.)
Nothing More to Say by The Frightnrs
Underappreciated retro rocksteady/reggae. Much of the album was recorded after the lead singer was diagnosed with ALS. He passed away in the summer, so their debut is bittersweet. The title track is the catchiest on the LP.

92.)
Glowed Up (feat. Anderson .Paak) by Kaytranada
Sounds like Kendrick Lamar, in a good way. Anderson .Paak's 2016 album Malibu underwhelmed me, although I liked what he did here as a guest vocalist.

93.)
First Crush by Empire of the Sun
A melody that got stuck in my head. Unfortunately the rest of the album was not praiseworthy.

94.)
Get Back by Memoryhouse
Drift away, soothing dream pop. The highlight on their latest.

95.)
Places To Go by Yuna
Yuna is a Malaysian singer-songwriter. The lyrics are universal. We've all got places to go, right?

97.)
低い午後 (hikui gogo) by Taiko Super Kicks
Thanks saidthegramophone! I'm not accustomed to listening to Japanese pop music. Has wide appeal and it doesn't matter you can't understand the words.

98.)
The Community of Hope by PJ Harvey
I included the album among my 2016 disappointments. This single was one of the bright spots.

99.)
This House by Peter Lister
Recommended by John Medd at his blog. A minimalist folk tune which I found quite affecting.

100.)
The Longest Wave by Red Hot Chili Peppers
A divisive album. A couple from the tracklist caught my attention. The other was Encore


Listened to any of these albums? Which are your favorites of the year? As always, comments are welcome. Tracks 90-81 coming soon!