Old and new albums of the month: January 2017 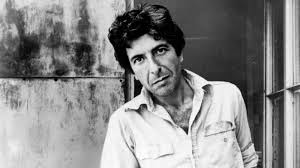 I'm starting a new feature in which I share mini-reviews of the albums I heard during the month.


Oczy Mlody by The Flaming Lips (2017)
I’ve listened to the majority of their LPs and this is among The Flaming Lips’ least memorable. Wants to be atmospheric, but too many dull moments. The vocal is uninspired and the only zeal I noticed was on the track The Castle. The first half of the album is weak. The opening two songs are too similar. Sunrise is ok yet sounds like rehash. One Night While Hunting surprised me and is when the album finally kicks into gear. The second half of the album is stronger for production choices and atmosphere and lifts my rating up to a five.
5/10

2013 by Meilyr Jones (2016)
Thanks to The Swede for the recommendation. Jones is a Welsh singer, and formerly of the band Race Horses. 2013 is his award winning debut album, which is in the vein of Neil Hannon’s chamber pop.
Especially impressed by Passionate Friend, Strange Emotional, and Olivia. Some of the other material on this left me cold. The orchestral arrangements are well done. The melody on opener How to Recognise a Work of Art was too similar to Elton John's Saturday Night's Alright for Fighting.
6/10


This Girl's in Love (A Bacharach & David Songbook) by Rumer (2016)
A likeable retro listen, her voice is easy on the ear. Not all of these songs justify the remake treatment, because sometimes they are too close to the originals. Other times, they add a new interpretation.
6/10

Sailin' Shoes by Little Feat (1972)
Southern Rock. Mick Jagger, Jimmy Page and Robert Plant named Little Feat as one of their favorite bands. The album has a couple of strong moments, especially Easy to Slip and Tripe Face Boogie. But I can't help feeling there's some Rolling Stones imitation. I wouldn't describe this sophomore album as a classic, but it certainly is better written and with more energy than their dull debut.
6/10


Songs From a Room by Leonard Cohen (1969)
Cohen’s second album continues the template of his classic 1967 debut. Melancholy lyrics and acoustic guitar. The instrumentation is a bit more varied and produced, with Cohen's words still as the driving force. The poetic lyrics have a mystery about them and have aged remarkably well. His vocal as a young man is very different to his vocal as an old man. Stand outs include Bird on the Wire, The Partisan, & Seems so long ago Nancy.
8/10

Songs of Love and Hate by Leonard Cohen (1971)
Cohen's best album of the 1970s. A timeless desert island disc, which can reveal new truths in all stages of your adult life. The poetic and meaningful lyrics, the varied melodies, the emotional weight, an almost perfect album. It may be too dark and melancholy for some, but for those who are willing to go to those places it's rewarding.
10/10

New Skin for the Old Ceremony by Leonard Cohen (1974)
Is This What You Wanted and Lover Lover Lover venture into pop, I had mixed feelings about the repetitiveness of those songs. As with his song Diamonds in The Mine from Songs of Love and Hate (1971), he's experimenting with a louder vocal which is admirable but ultimately I wasn't a fan of. I connected less with New Skin for the Old Ceremony than his previous three albums. Stand out is Who by Fire. An album I need to listen to a few more times so the rating is tentative.
6/10

Death of a Ladies' Man by Leonard Cohen (1977)
Phil Spector's 'wall of sound' production is too domineering and drowns out Leonard Cohen's vocal and words.
Cohen has since said “My reputation as a ladies' man was a joke that caused me to laugh bitterly through the ten thousand nights I spent alone”
5/10

Recent Songs by Leonard Cohen (1979)
A pleasant listen and quite a romantic album. The melodies are not especially memorable and there are no signature hits, so I wouldn't call Recent Songs Cohen's best. But I like the lyrics, instrumentation and slowness. The album is different to his previous and might be a grower.
On the track The Lost Canadian (Un Canadien Errant) he surprisingly sings in French. The middle section of the record (The Traitor, Our Lady of Solitude) is especially beautiful.
7/10

Various Positions by Leonard Cohen (1984)
You can tell there’s an attempt to make the album have a stronger commercial appeal than his 1979 album. The 1980s was the decade of the big chorus and on Various Positions Leonard Cohen gives us some of his most memorable. Hallelujah is haunting but overrated. My favorites are Dance Me to the End of Love & The Law. Hunter's Lullaby sounds like a track that could have been on Recent Songs. The closer If It Be Your Will is another of his signature tunes, although to me the cover done by Antony is more powerful.
8/10

Ten New Songs by Leonard Cohen (2001)
Starts out well. In My Secret Life and A Thousand Kisses Deep are two of my favorite Cohen songs of his post 2000s material. I love the lyric "then you slip into the masterpiece"
Unfortunately the album can't sustain that early promise, the rest is bland, minor Cohen. His weakest since 1977's Death of a Ladies' Man.
4/10

What do you think? As always, comments are welcome
Posted by Chris at Tuesday, January 31, 2017

Email ThisBlogThis!Share to TwitterShare to FacebookShare to Pinterest
Labels: Albums of the month, Leonard Cohen