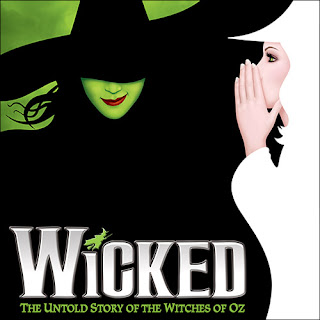 This blog has been quiet lately. I do have an excuse, I recently went on a five day holiday to London with the family. We decided on staying at the Holiday Inn Express London - Vauxhall Nine Elms, which we booked in advance and cost approx. £35 per person a night. Only about two km from Big Ben! Our rooms were booked away from the main road so we (hopefully) could get a good night’s sleep. There was TV, Wi-Fi and bathroom in the room, and all-you-can-eat breakfast downstairs. I think we got a good deal. Purchased Oyster Travelcards, which you can use on underground and buses. The first night we went to an Indian restaurant nearby, the place we had looked up apparently was closed, but luckily only a few doors away there was another. Typical Indian food served in UK. 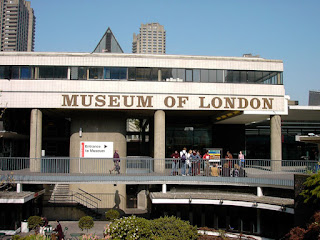 On the Monday we got an early start and had agreed on The Museum of London, which is fairly new and none of us had been to before. Basically covers the history of London going back centuries. Most was free, although you could pay for an exhibition on the 1666 fire of London, which we skipped. Most interesting to me was a temporary exhibition about the Punk subculture. In the 20th Century area they had a corner on the Brixton Riots in 1981, which turns out happened not far from our hotel in Vauxhall. The contemporary exhibitions were smaller than expected, but inspired me to dig deeper when I got home. The evening meal was at Le Pain Quotidien, a Belgian restaurant serving a wide range of organic food, near Victoria Station.

We had tickets for Wicked. A popular musical that has been running for several years. A prequel to The Wizard of Oz about the younger years of the witches and their school life. Based on Gregory Maguire’s 1995 novel. Suitable for all ages. Stupidly I had left my glasses at the hotel, and as we were quite far back, I decided to use the binoculars that are available. The actors were versatile, good singers, actors, with comic timing. I liked the colors and sets, the wizard was quite scary and a young boy nearby in the audience had to be comforted by his dad! It wasn't all spectacle and there was also some depth to the story about prejudice and the nature of evil. The music was played by a live orchestra. To me, the tunes weren’t instantly catchy, you probably have to listen a few times for the melodies to sink in. Defying Gravity was memorable for the chorus. Apparently there’s a film version in the works set for a 2019 release with Stephen Daldry as director. We took a break from tourism on the Tuesday. 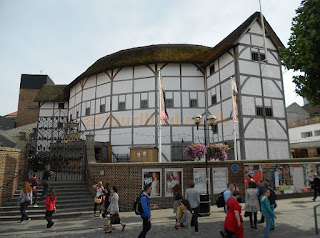 Wednesday was a particularly busy day. First off we briefly stopped by Shakespeare’s Globe Theatre. I bought the guidebook for £5, deciding it was not worth paying a lot to go in and see an empty theatre. Had a coffee in the café. 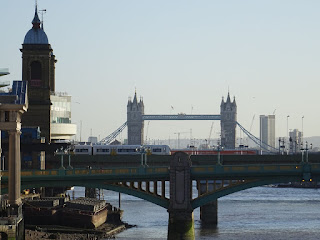 Next we strolled over the Millennium Bridge, which a few may remember featured in the opening of Harry Potter and the Half-Blood Prince. The picture is taken standing on the bridge with Tower Bridge in the distance. 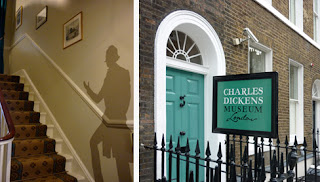 Had an all-you-can-eat lunch for £8. Our next stop was the Charles Dickens Museum which cost £9 for an adult. This was a place my dad was especially curious to visit and Dickens’ house was like stepping into the past. Apparently Dickens had ten children and I didn't know he was politically active. 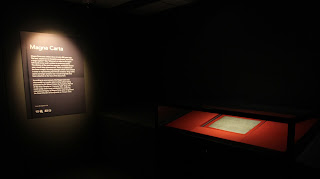 Nearby was the British Library. Especially educational to learn about the history of the Magna Carta, which they had on display in a room with audio/video soundbites. It was a first to be searched before entering a library, but in these times they have to safeguard the irreplaceable historical documents. Also available to see was the Gutenberg Bible from 1450s, considered the first printed book in Europe. The information was limited on the various other artefacts. We didn’t have time to explore the other exhibitions in the library, since we had tickets to a theatre play at the Royal Court Theatre. 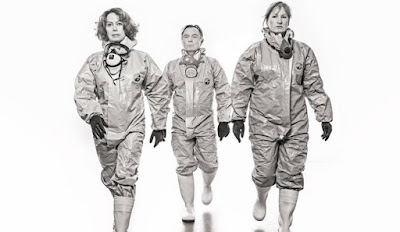 I booked a play I thought would appeal to the family, so in the evening we saw The Children by Lucy Kirkwood. Critical of contemporary excess and pollution, a warning about the world we are leaving behind for our children. About retired people living in a dystopian future. Literally a kitchen sink drama as the story took place almost entirely in a kitchen! I’m not a regular theatre goer and was impressed how the actors could memorize 100 minutes of dialogue. I got the book from the shop for £3, normal price £10. Kirkwood is a talented playwright. It wasn’t all doom and gloom. The audience seemed to be laughing a lot more than we were though, maybe not our kind of humor.

On Thursday, we had to leave the UK. Went to Sainsbury’s in Vauxhall and found Macbeth and Midsummer Night’s Dream on dvd. Also bought Leonard Cohen cd You Want It Darker. Found Classic Rock Magazine, which included a small book on 100 Greatest Albums Of The 1980s for £6. In the airport, I got The History of Rock for 1980, a year in music I have been covering for a blog series. Had dinner at Giraffe restaurant at Gatwick. Loud music was jarring and pricey food just ok.
That was pretty much all we had time for. Even though London isn't cheap and we had trouble finding the right buses a few times, it was an enjoyable trip.

Have you been to London and what did you see? Do we have any overlaps in terms of places we've been to?
Posted by Chris at Monday, January 23, 2017

Email ThisBlogThis!Share to TwitterShare to FacebookShare to Pinterest
Labels: holiday