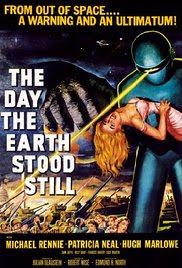 The Day the Earth Stood Still (1951) (Robert Wise)
I loved the way the story unfolded and there are a few surprises.
Why she didn’t jot down the words in order to remember them is a little odd though, considering what was at stake. Afterwards I obviously had to google the alien language.
The dangers of nuclear weapons is of its time during the cold war era, but the threat of extinction still feels vital. Set the template for films such as Starman (1984), ET (1982), and of course the 2008 remake. 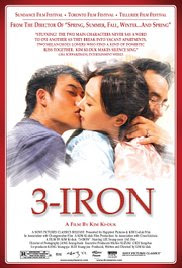 3-Iron (2004) (Kim Ki-duk)
Confused me with its genre, is it a drama, comedy. But I really enjoyed what is an almost silent film. Kim Ki-duk is known for this style. Of his work, I had already seen Spring, Summer, Fall, Winter… and Spring (2003), The Bow (2005), and Time (2006).
Clearly breaking and entering is wrong, but there’s a feeling it’s therapeutic for the characters.
Probably a message is we don’t need a lot of words to be happy. The main character breaking into people’s homes reminded me of Christopher Nolan’s debut film Following (1998). Just my interpretation, but possible there’s a subtle critique of Korean society. Shining a light on the problems with arranged marries and maybe other societal issues too. With so little explanatory dialogue, there are things about their past left unanswered, so there will be different opinions of what it all means. 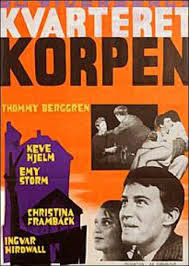 Raven's End (Kvarteret Korpen) (1963) (Bo Widerberg)
Swedish classic nominated for the Academy Award for Best Foreign Language Film. Included in the Danish edition of 1001 Movies You Must See Before You Die.
Set in the 1930s, a family yearns for a better life. The husband misuses their funds on gambling and alcohol so they have fallen behind with the rent. His son still lives at home and wants to be a writer but is constantly interrupted. The filmmakers show solidarity towards the less fortunate, yet also depict the father as someone who is keeping them stuck in this rut. I cared about the characters, even though the themes of poverty and birth control are a bit dated and would probably appeal to my grandparents generation.
The aspect that has aged the best is the budding author trying to make a mark, and the changing relationship you have towards your parents as the years go by. The most powerful scene is about 70 minutes into the film when the son cries when confronting his father. A film that gets better the more I think about it. Great performances and the film feels ahead of its time.
Favorite quote: ”Sometimes you need to feel that you are not the strongest one” 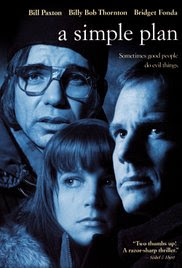 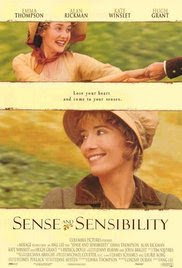 Sense and Sensibility (1995) (Ang Lee)
A captivating adaptation of Jane Austen's book. The scene when Emma Thompson breaks down is very moving, and I was glued to the screen the entire time. These are characters that stayed with me long after the film was over. There are also comedic moments which I wasn't expecting. 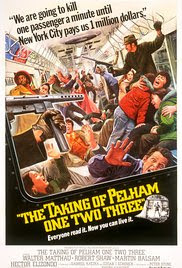 The Taking of Pelham One Two Three (1974) (Joseph Sargent)
This is how suspense thrillers should be made. The tension is held until the nail-biting conclusion. The rare film when you root for both sides.
Inspired the color names in Tarantino's Reservoir Dogs (1992). The criminals call themselves Mr Blue and so on. 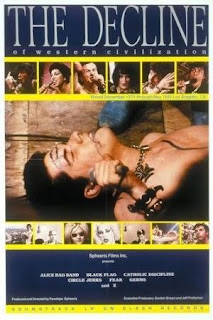 The Decline of Western Civilization (1981) (Penelope Spheeris)
Gives context to punk music and what audiences were like who went to see the shows. Punk is described as “real music, no bullshit rock stars” Various groups talk about life in a punk band. You can be loved by fans and hated by others. A band member explains the punk songs are short, but actually have as many verses/lyrics as normal songs, because they are played faster. Black Flag made very little money when expenses had been paid, only enough for food and cheap accommodation.
The film ends with a concert by Fear in which the audience misbehaves and the band provoke the crowd by calling them names.
Favorite quotes:
Band member: “The only performance that makes it, and is a success, is a performance that causes total madness” Promoter: “Well I don’t want to be a party to that”
Audience member: “That’s why I do it, just to get aggression out”
“Why do you think they act like that? “It’s an energy outlet, they are really nice kids but they just have to be doing something different, it’s a release from their daily tensions I guess” 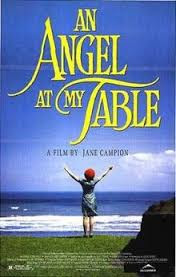 An Angel at My Table (1990) (Jane Campion)
The scene with the chocolates is very cinematic and stayed with me. Her trip to Europe was my favorite part. The film does a good job of showing us a person who is in that grey area, not crazy, but not normal. Kerry Fox gave an amazing performance as the author Janet Frame, someone who you root for and want to see lead a happy life. Also, it’s well-paced, so despite a running time of 2 hours 38 min, I was never bored. 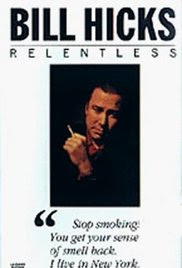 Bill Hicks: Relentless (1992) (Chris Bould)
The beach, rotten teeth, the waffle house, delivering food to the starving via military equipment were my favorite parts. There's never a dull moment in this stand up show. He has a way of pulling faces in the sketches, which heightens the comedy. Still feels daring and controversial despite recorded in 1992. He confronts issues so the viewer questions the world with him. 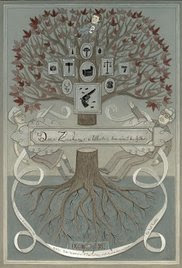 Dear Zachary: A Letter to a Son About His Father (2008) (Kurt Kuenne) (documentary)
Thanks to Nostra at myfilmviews for the recommendation! An unforgettable and surprising real-life story of injustice and love. In an interview, Kuenne says that the documentary began as a project only to be shown to friends and family of Andrew Bagby. But as the events unfolded, Kuenne decided to release the film publicly. For the full impact, go into this one knowing as little as possible. 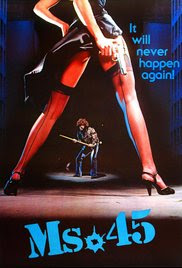 Ms .45 (1981) (Abel Ferrara)
Visually remarkable, there is hardly need for any dialogue, everything is told with images. Set in the 80s, the story could have been about a big city in America today. Zoë Tamerlis plays the mute, a complex and memorable character who gets a kick out of her vengeance. This is a woman who just wants to be left alone.
The scene of the street harassment is realistic and reminded me of the recent viral video "10 Hours of Walking in NYC as a Woman". Men are creepier and more offhandedly predatory than they think. Other specific scenes had an American Psycho-ish vibe.
A suspenseful and well-paced exploitation flick that glued me to the screen, and which at only 80 minutes doesn't outstay its welcome. My only complaint is the last act at the party when the guests behave illogically. I should explore Abel Ferrara's filmography. 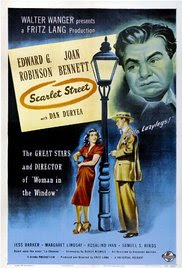 Scarlet Street (1945) (Fritz Lang)
Film noir classic. A well-told story which I became emotionally invested in. I don't really want to go into specifics as it's best to discover the film for yourself. I will say though that the performance of Edward G. Robinson (pictured at the top of the poster) is one I will probably never forget. 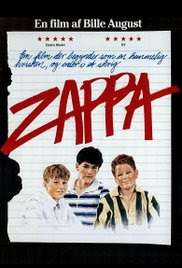 Zappa (1983) (Bille August)
An early international breakthrough for its director, Bille August.  Considered one of the best Danish coming of age films. Very well-acted by the three teenage boys and compelling from beginning to end. A realistic depiction of testing boundaries and power games. Almost every scene is memorable. The bird and the fish symbolic for the characters. Despite Steen’s bullying ways you pity him because of his selfish and neglectful parents. A tad heavy-handed in how the parents are depicted, yet a powerful story. 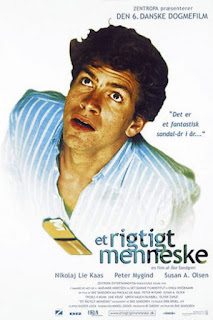 Et Rigtigt Menneske (aka Truly Human) (2001)
Surprisingly funny Danish dogme film, especially the tooth brushing by the mirror, when he has his first meal and doesn't know what to do with cutlery, the asylum seeking scene, and also laugh out loud is the car wash.
Obviously criminal acts are unacceptable. I think the filmmakers are saying society becomes a dark place when we fear the worst and show no sign of wanting to understand. It's interesting the foreigners are the most welcoming towards him. Added to my Best films from Denmark list 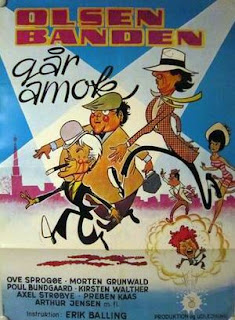 Olsen-banden går amok (aka The Olsen Gang Runs Amok) (1973) (Erik Balling)
Light family entertainment. I’ve only watched a handful of the 14 Olsen Banden films and you could argue if you've seen one, then you've seen the formula. This is my personal favorite so far. Especially the robberies are suspenseful and memorable.
I wouldn’t be surprised if Tuborg (which is often a product placement in the series) made a contract with the producers. I like the fact "Amok" shines a light on alcoholism because the series tends to be too carefree about drinking.

Seen any of these? Agree or disagree they are great? Have I tempted you to watch any?