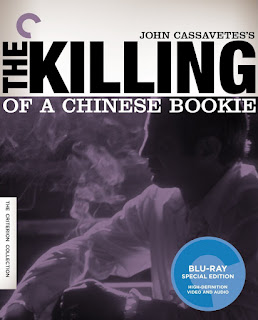 My contribution to Ryan McNeil's 2015 blindspot series blogathon, where I watch a film each month that I have never seen before.

John Cassavetes attempt at a gangster film noir is steeped in night-time darkness and red colored lighting. The clothes are very 1970s. The story is a simple one about a nightclub owner who gets into trouble when he loses a large amount of money during a poker game at a mob gambling club. Ben Gazzara delivers a great performance in the lead role as Cosmo Vittelli, he is virtually in every scene. The standout sequence is in the middle of the film when he goes to the Chinese guy’s apartment, which is quite thrilling and nail-biting. The meeting in the abandoned warehouse is also suspenseful. The film feels quite improvisational in the dialogie scenes, which director John Cassavetes is known for during that period.  I've read the dialogue and action was scripted but delivery was not. 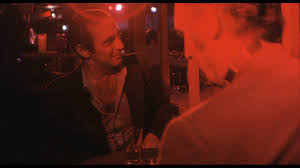 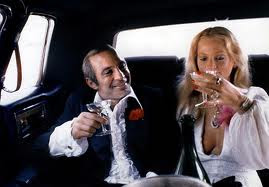 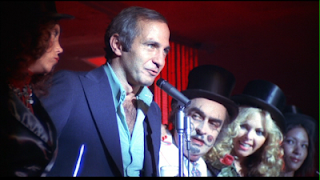 I don’t have the same praise for the rest of the movie. It’s too slow paced and in need of an editor. I imagine the same story could have been told in 100 minutes rather than 135 minutes. Too much time is spent on the night club performers and their acts, which does give the movie a sense of place, but tends to meander. Apparently the director has subsequently made a shorter edit of the film running at 109 min.
Cosmo Vittelli is the only character we really care about, and it’s interesting how he goes ahead as usual despite everything, not wanting to face the facts. There are chinks in his armor, which those close to him are able to notice. Perhaps it’s about masculinity and the inability to show weakness in the face of adversity. The slow transformation of the main character is not that obvious. In the end, I see it as a character study rather than a crime story. I've read you can watch the film as an allegory for director John Cassavetes' own life, who in order to support his family had to compromise his morals by taking acting jobs in Hollywood.
Overall, I just wish the first hour was as strong as the last hour. It failed at the box office, but has since gained an appreciation on home release and is now part of the Criterion Collection.


Agree or diagree? Have you seen The Killing of a Chinese Bookie (1976)? What do you think of John Cassavetes as a filmmaker?