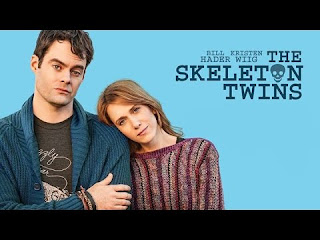 Nothing's Gonna Stop Us Now by Starship
(Memorably from a scene in the movie Skeleton Twins. Makes you feel like you can do anything)

Changes by Black Sabbath
(Different to their usual style. This ballad gives me chills. I listened to it over and over on a car journey late at night. Computer speakers don't do the sound justice)

That Was Yesterday by Foreigner
(Chills. They have a bunch of great songs, and this is one of them)

The Magnificent Seven by The Clash
(I'm glad I delved into their albums. Great band who were not afraid to experiment)


All Apologies by Nirvana
(Used in new Nirvana documentary Montage of Heck. I should do a top 10 Nirvana songs)

Black Cat by Janet Jackson
(From arguably her best album)

In the City by Joe Walsh
(The Warriors soundtrack. From the end credits)

Cabaret sung by Liza Minnelli
(From the 1972 film)

No Self Control by Peter Gabriel
(Timeless. Taken from his 1980 album Melt)

Whiplash by Hank Levy
(Performed by Don Ellis' big band. From the 1973 album Soaring. Brought back to the mainstream with the recent oscar-winning movie)

Meggie's Theme by Henry Mancini
(Haunting theme from the 1983 TV mini-series The Thornbirds. The main theme is great too)

Subdivisions by Rush
(A band I am curious to explore)


Are you familiar with the artists or songs? Which are your favorite music discoveries of 2015 so far?
Posted by Chris at Sunday, June 07, 2015