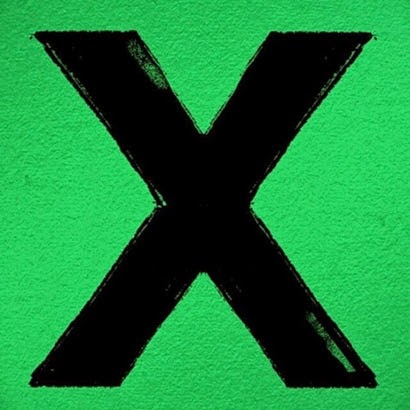 90.)
Don't by Ed Sheeran
(The singles are quite enjoyable, especially Don't and Sing. I find the album overrated. In an era of great pop music like the 1960s, 1970s or 1980s I doubt Ed Sheeran would have a big following. His music is good but not great)

89.)
Rimbaud Eyes by Dum Dum Girls
(Very retro 80s. The chorus will get stuck in your head)

Love Is To Die by Warpaint
(Love is To Die is the single from their second LP. Disco/Very and Biggy are the other stand-outs. Not quite as strong as their debut album)

86.)
Goddess by Banks
(“Cause she's a goddess” is an unforgettable lyric)

85.)
Uptight Downtown by La Roux
(While La Roux’s new singles may only be fluffy nonsense, there’s no denying this is a pop tune that will appeal to many)

84.)
Tough Love by Jessie Ware
(Not as memorable as the singles on 2013’s Devotion, but most of the new album is consistently good)

83.)
Funnel Of Love (featuring Madeline Follin) by SQÜRL (From Only Lovers Left Alive soundtrack)
My favorite from the disc. Incidentally, Jozef Van Wissem who features on the soundtrack is putting out his own album on December 2, It Is Time For You To Return)

82.)
What Is To Be Done? by Stars (listen at Spotify)
(I’m highlighting the ballad, which can bring a tear to your eye. The band have created an album with plenty of variety in both vocal delivery and production. Trap Door is good too and could have been sung by Morrissey. The single From The Night has a catchy chorus and I love the change of tempo halfway through the song)

81.)
Way Back Home by Prince
(The only track I go back to from ART OFFICIAL AGE. His vocal is so different here, he should do more songs where he speaks the lyrics. A haunting ballad that could be autobiographical)


Agree or disagree? Which are your favorites from these albums? As always, comments are welcome. Tracks 80-71 coming soon!