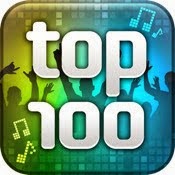 I said last year I wouldn't do a top 100 songs from 2014 because it's time-consuming. In the end I listened to a lot of new albums during the year, so I would be doing a disservice to myself and the blogging community if I didn't share what I discovered. If any great music should be released in December I can always do an overlooked post in Jan. So what did 2014 have to offer? Let's see:

99.)
Day Go By by Karen O
(Moon Song from Her soundtrack was beautiful. The new album by the singer consists of acoustic recordings. Day Go By is the track I have played the most)

98.)
Ring Off by Beyoncé
(From the deluxe edition of her self-titled album, out Nov 24)

97.)
FALLINLOVE2NITE by Prince and Zooey Deschanel
(Very catchy tune, why is it missing from his two new albums?)

96.)
Hunger of the Pine by alt-J
(Wowed me on first listen. Still good after a few plays. The video is a bit Hunger Games-esque)

95.)
Spiritual Leather by Sean Rowe
(While I don’t rate Madman as his best album, his deep baritone vocal has presence and is instantly recognizable. A beautifully written song.  The “Desiree” video is a fun departure from his usual melancholy style. “Shine My Dog” is another strong track. The lead single “Madman” is just ok, and not my favorite.
Lyrics: “Toes that dent the sand, melancholy feelings, I am still your man, feeling is believing, wars come into my dreams, they needle me awake. The road is long and wider than forever, I hope we’re that strong spiritual leather. Time, she was never such a friend she never cried for me. Time, she was never a friend, she never waits for me. What is the answer to every question, what is the reason for every direction, if we burn the answer for our protection, would that be ok? The sun is filled with lies promises and laughter, now I can’t be that wise, but I have seen the after. Slow, slow, that mamma down, I gotta get back home, slow, slow that mamma down, I gotta get back home”)

94.)
Gunshot by Lykke Li
A melancholy breakup album, so a bit of a downer, though it does have moments of beauty. The vocal has been reverbed so much though, that it at times undermines the emotional impact she is going for. I love the chorus in Gunshot)

92.)
American Dream Plan B by Tom Petty and the Heartbreakers
(Love the guitar)

Wanderer Wandering by Slow Club
(A dreamy track, which builds up to a beautiful ending)

Listened to any of these albums? Which are your favorites of the year? As always, comments are welcome. Tracks 90-81 coming soon!