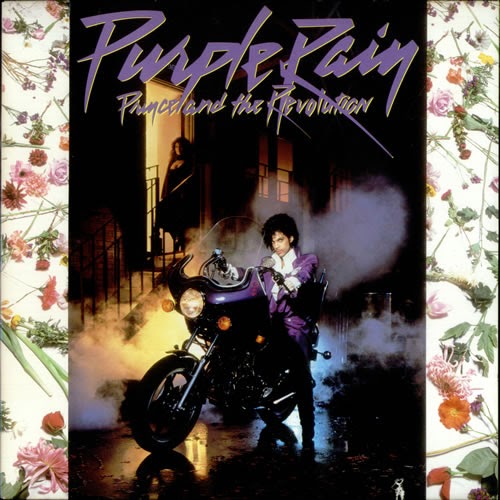 Prince is an artist I haven’t listened to previously, besides the unavoidable hits  such as Purple Rain and When Doves Cry.
He will release two new albums tomorrow on September 30, so to mark the occasion let’s look back at his career highlights. First a brief look at Prince’s albums. During October I'll share my top 50 songs by Prince, ten songs at a time. Will be interesting to see if the 2014 tracks can sneak onto the list!

His voice is certainly something that isn’t for everyone, which at times is very high-pitched similar to The Bee Gees and such artists. While a little too overly sex-obsessed in the lyrics for my taste, he does have things to say on albums such as Controversy, and his best music is very well-crafted and catchy, with a tremendous vocal range. His later career output has gone in a more spiritual direction, as he became interested in religion.
The guy is an absolute machine having released between 500-1000 songs and close to 40 albums in total since the late 1970s, so understandably I haven’t had the time to listen to everything. In fact I skipped the unofficial internet albums and live albums. Also, we shouldn't forget Manic Monday by The Bangals, which Prince co-wrote, and Nothing Compares To U which Sinead O’Connor memorably covered. Both great songs.
His peak was during the 80s when he released the classic albums 1999 (1982), Purple Rain (1984), and Sign o' the Times (1987). Whereas Prince had lead the way as an innovative mainstream artist for the duration of the 80s, by the end of the decade things were changing. Hip hop began to emerge from the underground in the US, and brought with it a culture in which Prince would find it tricky to stay at the top. Although he would remain a major player, his appeal would become more marginal in the 90s. After 1987’s Sign O The Times, he does not have consistent top 40 chart success.
In 1993 he had a well-publicized falling out with his record company, Prince complained about feeling like a slave to contractual obligations, and decided to part ways with Warner Bros who he had been with since the late 70s. During this time, he changed his name to an unpronounceable love symbol. He was sometimes referred to as The Artist, or The Artist Formerly Known as Prince. He recorded a number of albums under this name, with moderate success, and was unhappy that he didn't own the rights to his own hits. In 2000, he began referring to himself as "Prince" once again. Musicology (2004) proved to be his most successful album since Diamonds and Pearl (1991). Art Official Age (2014) and PlectrumElectrum (2014) see Prince return to Warner Bros.

For You (1978)
His debut is an unmemorable album, which didn’t do well in the charts. The guitar in ”I’m Yours” reminds me of a Fleetwood Mac song. For me, the best track on the album is also what Prince refers to in Larry King interview as the track that got him noticed: Soft and Wet.

Prince (1979)
Prince’s self-titled second LP. He was still finding his footing. Was a minor breakthrough for him, thanks to the catchy single ”I Wanna Be Your Lover”. There are also four other singles which didn’t do much for me. Surprisingly the non-single When We're Dancing Close and Slow I prefer.

Dirty Mind (1980)
The album received very positive reviews, and features on best albums of the 80s lists. The title-track Dirty Mind is a classic Prince song, “Head” and “When You Were Mine” are great too.

Controversy (1981)
Prince’s fourth studio album. Keith Harris of Blender calls the album "Prince's first attempt to get you to love him for his mind, not just his body". The title track Controversy is very catchy. Let’s Work is the other stand-out for me.

1999 (1982)
My second favorite Prince album, with Purple Rain (1984) in first place. 1999 was Prince's breakthrough album, and remains one of his best. In 2003, the album was ranked number 163 on Rolling Stone magazine's list of the 500 greatest albums of all time. The first half of this album is incredible.

Purple Rain soundtrack (1984)
Prince’s biggest seller, and possibly his most accessible and mainstream record. His style goes in a rock n roll direction on many of the tracks. To date has sold over 20 million copies worldwide, becoming the sixth best-selling soundtrack album of all time. The movie, while flawed, is a cult classic, and features all the songs. In 2012, Slant Magazine listed the album at #2 on its list of "Best Albums of the 1980s" behind only Michael Jackson's Thriller.

Around the World in a Day (1985)
A psychedelic vibe that pervades much of the record. 2-3 great tracks, but as an album a step down from his last two records.

Parade - Music From The Motion Picture Under The Cherry Moon (1986)
Kiss, Girls & Boys and Mountains are enjoyable singles, but the albums non-singles tracks didn’t have a lasting impact on me.

Sign O’ The Times (1987)
He was still at the peak of his powers in the late 80s, this is another strong effort. The record continues to grow on me. Often included when talking of his top 5 albums.

Lovesexy (1988)
There are a lot of textures in the music so it's quite an exhausting album to listen to, I almost feel the album is overproduced.

Batman soundtrack (1989)
I like the song Trust, which features in the movie. The soundtrack is decent, just not of the standard of his best 80s albums. Scandalous is the other stand-out that I go back to.

Graffiti Bridge (1990)
The sequel to Purple Rain. The opening track “Can’t Stop This Feeling I Got” sounds too similar to “Footloose” from the 80s. I’m not a fan of rap, so I can’t really give a fair assessment. All I can say is none of the tracks lingered in my mind. In that good-but-not-great zone in which Prince has too often inhabited since his ‘80s peak.

Diamonds and Pearls (1991)
Prince's biggest seller of the '90s. An album I struggle to play from start to finish. I just don’t like the direction he went for on about half the tracks, Prince added hip-hop and rapper Tony B to his repertoire.
However there are a bunch of strong singles I like such as: Diamonds and Pearls, Cream, Thunder, and Money Don't Matter 2 Night, and these singles sound like something he would have done in the 80s.

Love Symbol Album (1992)
Contains elements of musical styles including funk, R&B, hip hop, jazz, reggae, and synthpop. The singles are a bit underwhelming, and none of the tracks had a big impact on me.

Any thoughts on the albums? Have you listened to Prince? Or are you new to his music as I am? As always, comments are welcome