As always, my ratings are what I think the films should be rated on IMDb. I intend to share lots of horror mini-reviews during October, so I hope you stop by for those posts. Anyway, let's look back on September viewing 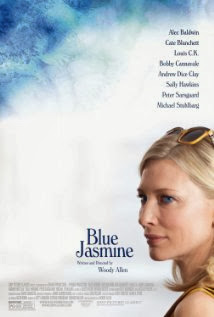 Blue Jasmine (2013)
While the theme of infidelity is not exactly new in a Woody Allen film, he makes the story somehow fresh again, and the performance by Cate Blanchett is probably the best I’ve seen all year. There are more unlikeable than likeable characters, but the film stayed with me after the credits had rolled.
Rating 7.7 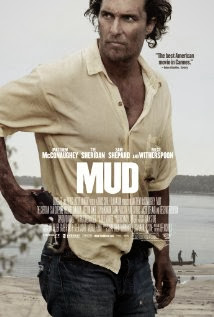 Mud (2012)
Overlong, yet fairly involving coming-of-age drama. I liked it, and some good performances. Story does a good job of making the characters likeable. The weakest part of the story was the teenage boy’s older girlfriend.
Favorite quote: “You’re a good man Elis, you meet a girl half as good, you’ll be alright”
Rating 7.8 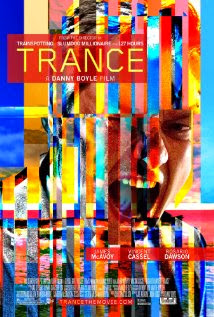 Trance (2013)
Danny Boyle’s latest. You can’t trust the world you’re in, it should really be watched as a thriller/noir. Trance messes with your head, as much as it messes with its protagonist's head. There are unexplained things I’m still confused by. Thanks in part to cinematographer Anthony Dod Mantle, the film looks really beautiful, almost Blade Runner-esque, in terms of background colors. For me, the story was quite entertaining, yet a bit implausible.
I found it a little difficult to believe that both Vincent Cassel and James McAvoy both would be obsessed with Rosario Dawson’s character.
I liked the soundtrack quite a lot.
Favorite quote: “We keep secrets from lots of people, but most of all we keep them from ourselves, and we call that forgetting”
Rating 7.0 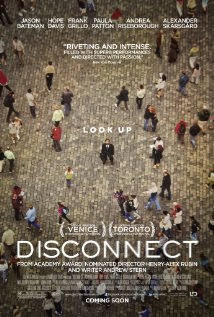 Disconnect (2012)
I liked it, despite it feeling like an extended tv-episode. About internet bank fraud, internet identity pranks. To be honest it’s mainly pessimistic about the internet.
The second hour isn’t as captivating, but overall well worth your time, because the themes are so contemporary.
Favorite quote: “Ben’s at that age, huh. When you have to pull every word out of him. He’s 15”
Rating 7.5 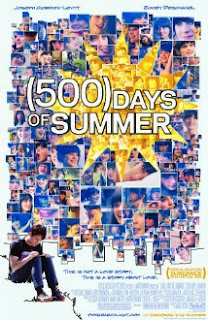 500 Days of Summer (2009)
A cute depiction of falling in love, and struggling to define the relationship. Very quirky and stylized, with a nice soundtrack. I liked all the little references to music and movies. My favorite scene is when they go to the karaoke bar.
Favorite quote: “I just don’t feel comfortable being anyone’s girlfriend, I actually don’t feel comfortable being anyone’s anything, you know”
Rating 7.7 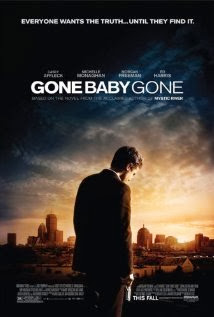 Gone Baby Gone (2007)
It’s an ugly subject matter, and I didn’t like the characters in Gone Baby Gone, but it’s a well-told story, with twists and turns, and the ending does make you think. It sort of reminded me of tv-show The Wire, so it was no surprise for me to read that Lehane wrote several episodes for that show. My favorite part of the film is the intro voice-over. Even though I didn’t love Gone Baby Gone, I can still appreciate that it’s a good first feature. I just prefer The Town (2010), of the films Ben Affleck directed.
Apparently, the novel by Dennis Lehane is Ben Affleck’s favorite, Lehane also wrote Mystic River and Shutter Island.
Favorite quote: “I always believed it was the things you don’t choose, that make you who you are. Your city, your neighborhood, your family. People here take pride in these things, like it was something they had accomplished”
“He lied to me. I can’t think of one reason bigger enough for him to lie, that’s small enough not to matter”
Rating 7.4 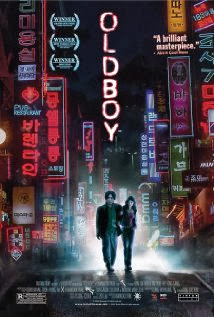 Oldboy (2003)
By the guy who directed Stoker, Chan-wook Park. A man is imprisoned in a room and doesn’t know why.
Unique movie, with some nice editing tricks. Famous for the scene when he eats an octopus. The main character is easy to root for, because he has been wronged, but he’s not someone I can actually say I liked.
I could have done without the tooth scene, and the tongue scene. A good film, but maybe because of the torture, I didn’t love the film as others have.
It was quite a heavy watch, I needed to take a few breaks, so it took me half a day to finish it. What I liked most was the editing and visuals.
Rating 7.5 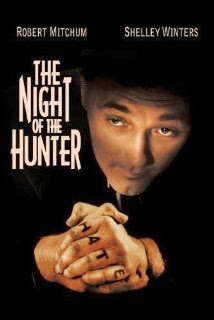 The Night of The Hunter (1955)
The use of shadows and lighting is extraordinary. That singing by Robert Mitchum is pretty creepy. Good story, and probably the best film I saw this month.
Rating 8.0

Paris, Texas (1984)
Winner of the Palme d’Or. For me, the film has a strong beginning, surprisingly weak middle section, and strong ending.
I really liked the first 25 minutes (which might have made a great short film?), but once Travis started talking it lost a bit of magic for me. During the middle section of the movie I was actually bored. Once the two go on a road trip towards the end, it picked up again. The walkie-talkies thing was cute.
Spoiler: The long monologue near the end is powerful, but I had a tough time believing that it took two visits for her to recognize his voice in the booth? Maybe the first visit she knew it was Travis, and was simply blocking him out? I also struggled to imagine the young woman falling for a dull Harry Dean Stanton. The end scene feels unresolved, why does he go off without them?
Favorite quote: “I wanted to see him so bad that I didn’t even dare imagine him anymore. Anne kept sending me pictures of him until I asked her to stop. I couldn’t stand the pain of seeing him grow up and missing it. (…) I didn’t have what I knew he needed”
Rating 7.5 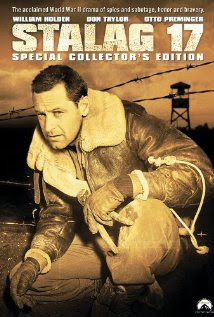 Stalag 17 (1953)
Directed by Billy Wilder. What I would call a “hang out movie”. It has a lot of snappy, entertaining dialogue. Set during WW2, we are a fly-on-the-wall in a Prisoner of war camp.
I liked it, especially the first hour, when the characters and setting are introduced.
Rating 7.4 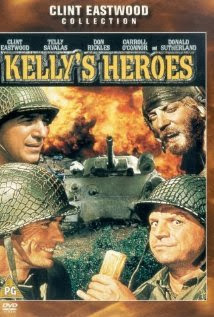 Kelly’s Heroes (1970)
Entertaining war actioner, about a team that is recruited to steal gold behind enemy lines. Surprised by the title, since the soldiers are not what you would call war heroes, but have selfish motivations.
Stars Clint Eastwood, Telly Savalas, Donald Sutherland, in fact many of the same actors from The Dirty Dozen (1967).
Favorite quote: “Do me a favor, don’t call me Barbara, my name’s Babra!”
Rating 7.6 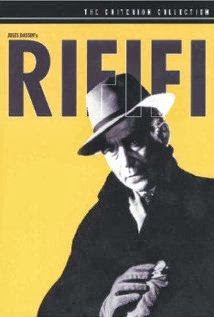 Rififi (1955)
An influential film noir. It wouldn’t go on my top 10 film noir list (probably top 15). The planning of and execution of the heist was the best thing about it. The end scene when he drives around, out of control, also stayed with me.
Rating 7.5 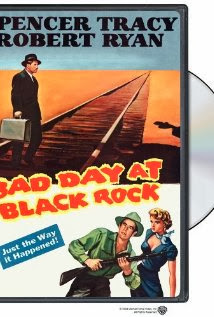 Bad Day at Black Rock (1955)
A “Hitchcockian” thriller/noir/western, with a solid cast. A man (Spencer Tracy) arrives in a small town in the middle of nowhere, the community is secretive, and don't welcome outsiders.
The scenes that stuck with me: when he makes a bomb using oil from the car, only with one arm. Also the bar brawl between Spencer Tracy and Ernst Borgnine.
Favorite quote: “I believe a man is as big as what he’s seeking. Why would a man like you be looking for a lousy jap farmer. Maybe I’m not so big? Yes, you are, I believe a man is as big as what will make him mad, nobody around here seems big enough to get you mad”
Rating 7.7 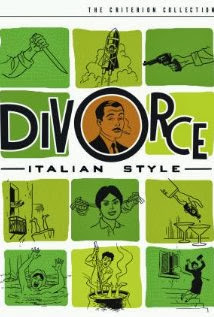 Divorce Italian Style (1961)
I guess I didn’t get the humor of this Italian comedy. It was creepy rather than funny, that these older guys were chasing girls half their age.
The husband imagines his wife’s death in various dream sequences, those scenes are visually quite imaginative. Also, good performance by Marcello Mastroianni.
Rating 7.3 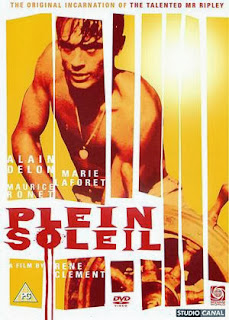 Purple Noon (1960)
Based on the book The Talented Mr. Ripley (1955) by Patricia Highsmith, a decent adaptation. Personally I thought Anthony Minghella’s The Talented Mr Ripley (1999) was a bit more entertaining and captivating.
There are differences, as 3guys1movie pointed out, Marge is much more trusting of Tom in Purple Noon. In the 1999 film Marge suspects Tom almost immediately.
Alain Delon’s performance as Tom Ripley is very assured, yet also quite cold, so maybe that’s why I prefer Matt Damon in that role.
Rating 7.0 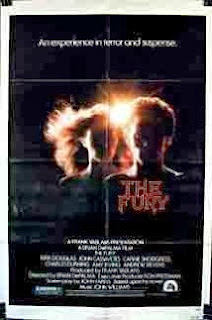 The Fury (1978)
Brian de Palma’s follow-up to Carrie (1976). The Fury is decent, but overlong. The psychic elements I couldn’t take seriously(I suppose it was sci-fi?)
But it has a few good scenes, the intro by the beach, a chase scene in the city involving Kirk Douglas in disguise, and also a few “psychic” scenes: speeding up an amusement ride, reading minds, etc. The first half of the film is stronger than the last half.
The theme is about learning to harness your talent, and not let others take advantage of and corrupt your special abilities. Using your power for good rather than evil. With all the crazy stuff happening feels more like Cronenberg movie than de Palma movie.
Rating 6.5


Seen anything great this month? Have you watched any of the above films? Agree or disagree? 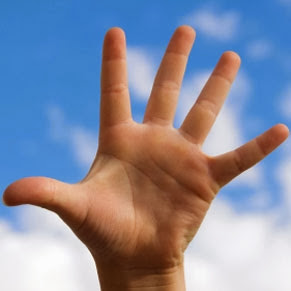