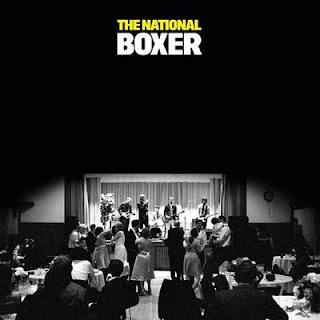 (Probably my favorite of The National albums. I like the album title. During the creation of Boxer, bristling in-studio fights left the band wondering whether it was worth continuing at all. Eventually, they stopped halfway through recording to cool off, which saved the album and the band.
The album cover is a photo of the band performing "The Geese of Beverly Road" (from the band's third album Alligator) at producer Peter Katis' wedding. Boxer has made numerous "albums of the decade" lists including Pitchfork Media and Paste Magazine. You can read this very personal account of how the album had a special meaning for a reviewer at the Guardian. 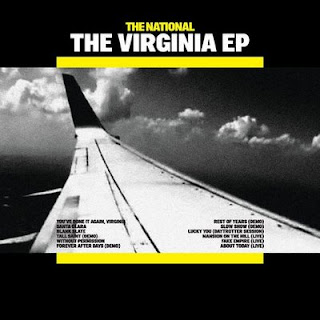 Now that we are talking album sleeves, I wonder if there is a story behind that airplane wing? Other than the obvious that the band fly around to venues.


As always, share your opinions on the music in the comments below.

Email ThisBlogThis!Share to TwitterShare to FacebookShare to Pinterest
Labels: Songs for your iPod, The National