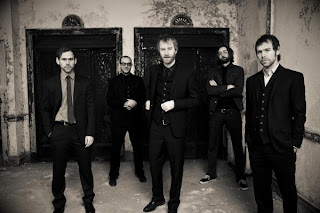 In anticipation of The National's new album Trouble Will Find Me, out May 20, Eric from The Warning Sign was nice enough to step in this week and share his Top 10 songs by The National. Fun to get a different perspective, thanks a lot for putting this together!

10) So Far Around the Bend (Dark Was the Night)
One of the highlights from the 2009 charity album, Dark Was the Night, that also featured the likes of Spoon, Arcade Fire and Grizzly Bear. I also imagine this is the best song ever made with a line about getting high through an apple.

9) Available (Sad Songs for Dirty Lovers)
Frontman Matt Berninger doesn't scream too often these days, so it's always fun to go back to "Available", an early cut that is one of the band's best rockers.

8) Abel (Alligator)
Another track where Berninger gets the chance to let loose. I feel for his vocal cords on this one.

7) Terrible Love [Alternate Version] (High Violet expanded edition)
This is the most polished and cleaned up version of the song, and it probably should have been released on the main album. A real treat to hear live.

6) Mistaken for Strangers (Boxer)
The first single from Boxer. Gloomy, but upbeat. Also serves as the title for the upcoming documentary about the band, which I am eagerly looking forward to seeing.

5) Bloodbuzz Ohio (High Violet)
An ode to the band's Ohio roots, perhaps (they are now in Brooklyn), this is an immensely catchy track. The best from High Violet.

4) All the Wine (Alligator)
It's no secret that Berninger likes to drink -- he seems to always have a bottle of wine on hand during concerts -- and this song is the perfect encapsulation of that feeling of invulnerability while drunk.

3) About Today (Cherry Tree EP)
Arguably the most depressing song in their catalog, but also among their most beautiful. Used to perfection in the 2011 film, Warrior.

2) Fake Empire (Boxer)
One of the great album openers, this is a slow burn that goes to a whole different level once the horns kick in. Probably the band's most popular song (it was used during Barack Obama's 2008 presidential campaign), and for good reason.

1) Mr. November (Alligator)
A popular live set closer, this is the song that is most fun to sing along to. A real fist pumper that became something of a rallying cry during the 2008 U.S. Presidential Election. 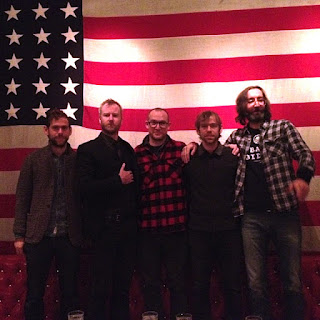 Expect more The National the next few weekends, when I (Chris) will be sharing my favorites from each album, and obviously conclude with a look at their new album, Trouble Will Find Me.

By the way, if you want to contribute a guest post here on the blog, feel free to contact me, and we'll sort something out. My e-mail can be found in the About Me section above.
Posted by Chris at Saturday, May 11, 2013