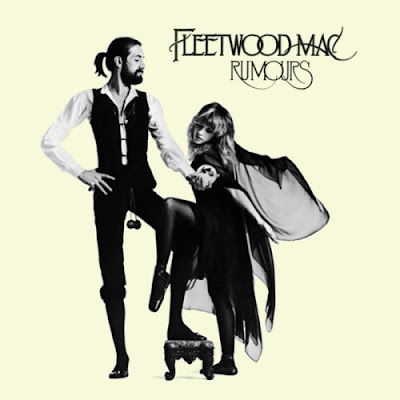 Stevie Nicks on the experience of making the album:

"Go back and think of your really serious passionate relationship of your life that completely falls apart. You don't see that person the next day. With us we spent 15 hours in the studio, and everybody is completely upset, and go home, and be back to work 10 hours later, in that room, in a tiny room"

"Gold Dust Woman is a little bit about drugs, it was about keep on going, it was about cocaine. Since I haven't done any cocaine since 1986 I can talk about it now"


Dreams - Fleetwood Mac
(I prefer the cover by The Corrs)

Go Your Own Way - Fleetwood Mac


This album is unquestionably a highlight of the 1970s. At the time, Rumours was the biggest-selling pop album to date. The only problem is the songs may be too familiar through their repeated exposure on radio. Listeners, any thoughts on the music? Which are your favorites from Rumours?