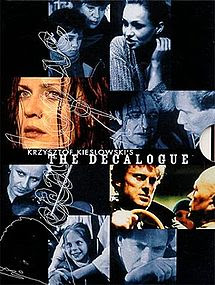 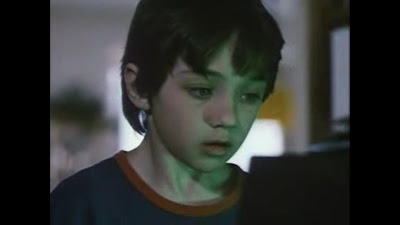 Summary:
Pawel is 11-years-old. He lives with his father, a doubter of religion, who is an
IT-teacher at the university. Pawel admires his father, who is so knowledgeable, and has taught his son to solve puzzles on their home computer. He agrees with his father, that a computer is an entity that can perform miracles. But Pawel is also curious of the things which can't be calculated, measured and weighed. He wonders about his aunt's faith, what is God? And what is a soul? Pawel can't ask the computer or his father these questions. On the other hand, the technology can be requested to answer queries about the depth of the ice on the local pond, if running on ice skates is safe or not. Pawel and his father trust the computer's calculations, but forget to use their common sense.

Dekalog 1 is connected to the first imperative of the Ten Commandments: "I am the Lord your God; you shall have no other gods before me."

The father loses his only son, and feels responsible for the boy's death. He senses it’s a tragic event that could have been avoided.

Children can give parents the illusion of avoiding death, as their genes live on past their death, the next generation usually survive their elders. This possibility is lost, when a son dies before his dad. 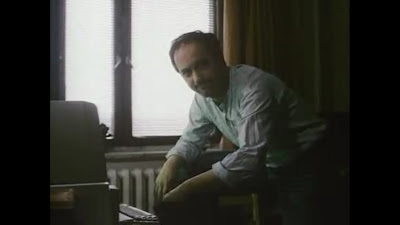 Many parents fight an ongoing battle of having a guilty conscience, have they done enough for their child? In that way Dekalog 1 is very much relatable for parents, and the anxiety of failing as a parent.

The father in Dekalog 1, suffers a triple-fold failure, the loss of his son, the loss of his belief in technology, and the loss of his confidence to be a good father. When he doesn't believe in God, and technology has let him down, he has nowhere to turn to for comfort. He has a lot of love for his boy, and he can no longer channel that energy as he's been used to. The father's biggest fail-safe turns against him and is the tool of disaster, and he learns something about humility in the process. You should never rely on something 100%, but always have a critical viewpoint. The father has an existential, religious crisis at the end with no easy answers. He is the scientist who doubts science. He works out the strength of the ice, but also goes out to observe it.

During documentary Krzysztof Kieslowski: I'm So-So (1998), Kieslowski talks about his childhood: “Father talked to me often. I was frightened of him. Not because he hit me. But because of his authority. I didn’t like school at all, I dreamed of becoming a stoker. I dreamed of shoveling coal into a furnace. But my parents were not at all keen on the idea. So they tried to find a school for me. Wisely my father got me into a training school for firemen. A clever trick, I soon realized I didn’t want to be a fireman. Trying it for real would also have put me off being a stoker. (…) My father died when I was still at school. How did you react? It was hard. Did you cry? Yes. The school was incredibly good. It made us intellectually aware. It gave us a choice and that life was more than just practicalities. 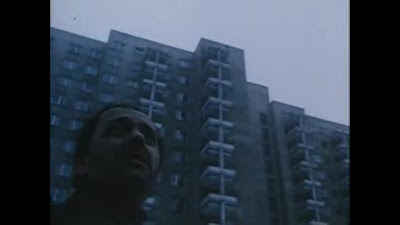 The son Pawel naively has a blind admiration that his father can do no wrong and will always be there to protect him. Pawel is not so different from his father, blindly trusting. The events show the child's helplessness and total dependence on the surroundings. The audience can also relive childhood moments of disappointment, when parents were not there for them. 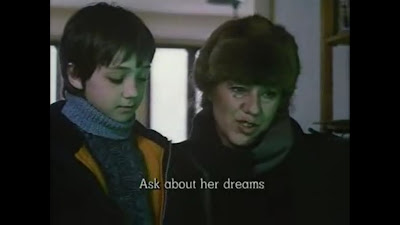 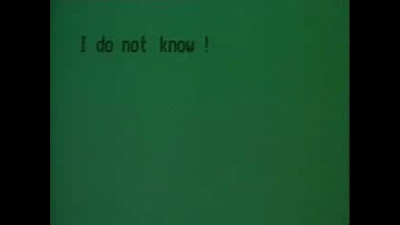 Irena, Pawels aunt, has faith in God, she regards man, in spite of all its knowledge, to be beneath a higher power. For her, a loving hug is more important and is the meaning of life, and further questions are rendered superfluous. Her pure love for the boy makes the audience yearn for a similar unconditional love. 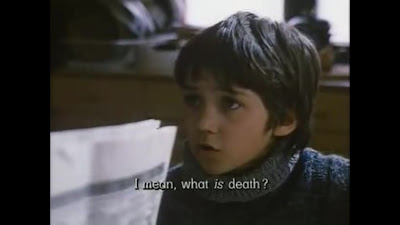 In interviews, Kieslowski admitted he loathed technology such as phones, which create a distance. (On a side note, the director would probably have enjoyed the song Hard To Change by Meg Hutchinson)
It is likely that Aunt Irena is Kieslowski's spokesperson. She explains to Pawel what God is by holding him lovingly in her arms, without any ulterior motive, she doesn't expect anything of Pawel, love with no strings attached. Irena loves Pawel for simply existing, not for his performances. Kieslowski's understanding of love is an inner peace, which fills a person, not the love of expectations; I'll love you, if you do such and such. Kieslowski clearly doesn't believe if we are meticulous enough we can conquer the world as scientists.

The irony in the final moments of Episode 1 is that the father turns to God, because his faith in technology failed him. We sense faith in something bigger than himself will be essential for the father to move on from the tragedy. The father was equally as naive as his son, yet behaved as an atheistic intellect, arrogantly believing God was unnecessary in his life.

Another interpretation could be, that God is punishing the father for his blind faith in technology, and that "you shall have no other gods before me". I don't think this is the case here, but you can't rule it out. Most likely the accident is a random, unfortunate tragedy.

The lesson to be learned is technology has limitations, and the unpredictability of life is simply part of being human. It's healthy to always be sceptical of what you see. Certain important questions are impossible for a computer to answer, or are very subjective. The world of numbers and figures can fool you, when adults don't listen to their intuition and inner critic. As Jack writes at Not Just Movies: “the entire point of Decalogue I is not to mock science but blind faith in any philosophy.” 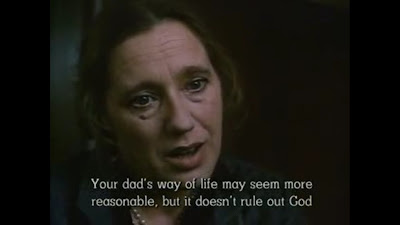 In an interview, Rene Girald expresses an opinion of the anti-icon, a logical assumption that people many years ago would feel safer with more than one God protecting them. The commandment “you shall have no other gods before me” was not necessarily what people believed, but were instructed to follow.

Verdict:
The Decalogue Episode 1 is memorable, intellectually stimulating, and perhaps the most moving and tear-inducing of all the episodes. The young boy talks philosophically and spiritually with his father and aunt, eager for answers. We are dealing with a very smart boy, who has a childlike naivety and curiosity.


Next time, I'll look at Episode 2. Readers of this review, any thoughts on Episode 1?