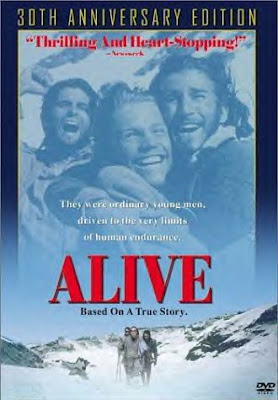 No spoilers in this review. This is my third lifetime viewing of this film. I love survival in the wild stories, and to me this is one of the best. I think it demands to be seen on a big screen, or at least a large TV.

Based on an event in 1972, a south American rugby team crosses the Andies to play a game in Chile. But unexpected things occur. It's also a book by Piers Paul Read.

It strikes me as very realistic, the situation is desperate, the atmosphere is so cold that I found myself trembling and shivering along with the characters.

Some scenes are a little difficult to watch, not exactly what you’d call family entertainment, but borderline horror movie stuff. This is one of the reasons some people dislike this film or label it unpleasant based on a few scenes in the middle of the film.

The special effects at the beginning are very well-done for 1993, they didn’t have the advanced CGI technology that you use today. I noticed a number of these kind of films are B-films, but this is an A-film with a budget of $32 million. 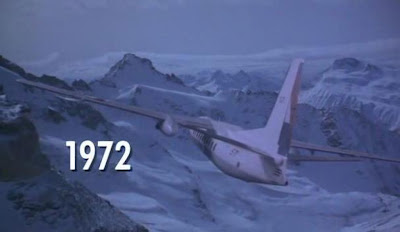 It helps they are a group, they can keep each other active by giving moral support. Group mentality resembles the rugby team with a leader taking charge. Desperate situations like these really separate the strong from the weak, the men from the boys, the rational from irrational, and so on.

It stars one of my favourite actors Ethan Hawke, but none of the actors really dominate, it’s a group story with an ensemble cast.

You should really avoid reading lots of reviews before watching this film, most of them contain spoilers unfortunately. Once you’ve seen this movie, I doubt you will ever forget it, powerful and moving. The kind of story that stays with you. It gives you that first person experience, as if you are there with them in the snow trying to survive. As another reviewer writes: “the movie does a good job of raising the "What would you do?" issues”.