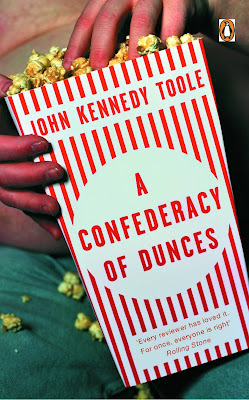 Probably the funniest and most unusual novel I’ve ever come across. A light and entertaining read, and at times laugh-out-loud funny. People seem to either love or hate this book. To me it’s a modern classic. I guess anytime you have humour as a key ingredient, then the story will divide audiences.

Our hero is neurotic, anti-social, obese outsider Ignatius Reilly, he still at the age of 30 lives with his widowed mother. Ignatius is a well-educated wannabe writer, but unable to find a job due to his rudeness and attitude. The story is about his adventures in job hunting and holding on to employment, and the story is also about events that happen at a bar called Night of Joy, which the locals visit.

Ignatius is revolting, but pitiful enough that I cared about him. The author makes you hope that he will succeed in life in spite of his outrageous, but somewhat idealistic behaviour. Some may even identify with his mother's plight, as he really is a handful for her, with no idea how to get along with people. One of the jobs Ignatius attempts is as a file clerk at Levy Pants. Another job he tries is as a hot dog salesman. In both cases creating funny and awkward moments. 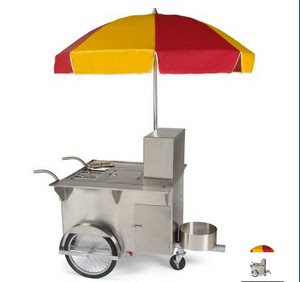 The humour is the best thing about this book, and I found myself looking forward to the next amusing situations. For example, one of the funnier moments is when a cop discovers the cream inside the doughnuts has already been sucked out by the greedy main character!

The real life story of John Kennedy Toole is a sad one. He was an English teacher who was never recognized or appreciated for his writing during his lifetime. Toole took his own life. But his mother fought for years trying to get his book published, and finally 11 years after his suicide did his book hit the stores.

The Pulitzer prize winning novel is considered an important work of modern Southern literature, the events take place mostly in New Orleans, so its also a description of the atmosphere in the South during the early 1960s. The black oppressed community are unhappy with the way they are treated, Ignatius is content with his rebellious outsider position, while the coloured character we get to know is looking for change. Having said this, you might think the novel is dated being written in the 60s, but I think it holds up surprisingly well and comes across as very fresh. This I think is mainly due to Toole's memorable use of language.

The author appears to make fun of the police force in a similar way that Alfred Hitchcock used to expose them as incompetent. But then again everyone seems to be given the full treatment and made a satirical joke of, which is part of the book’s charm.

I think eccentric people with a university degree who have had difficulty finding work might relate to the main character’s troubles. Especially in this time of financial crisis where there are cutbacks and fewer jobs to be had. Overweight people will probably also be able to identify with Ignatius’s compulsive eating, which he does to sooth his anxiety.

If you like this, I recommend the comics by Harvey Pekar, he also worked as a file clerk in the US, the humour and atmosphere is a little similar, I think. Ignatius’s bizarre behaviour can in my opinion also be compared to “Fear and loathing in Las Vegas” from the 70s. The hat Ignatius wears could be a reference to Holden Caufield’s in “The Catcher in the Rye”, and probably is also a symbol of rebellious behaviour, which Ignatius refuses to take off during a job interview. Other reviewers point out Ignatius is like a fat and intelligent version of Mr. Bean. He is like a cartoon character, but walking around in the real world. 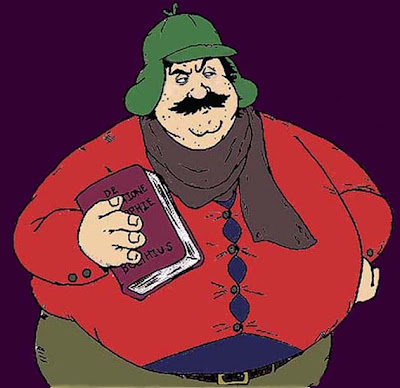 The novel is 400 pages. I would highly recommend the first 200 pages. The remainder of the book had a few golden moments of humour, but I found it to be a little unnecessary. I felt like I had heard what he had to say in the first half of the book. I think the book deserves an unorthodox rating, I give it 9/10 for the first half, 5/10 for the last half. I guess if you add these up it makes a 7/10.

Probably not a book I would suggest reading in one or two sittings, instead the kind of novel you might pick up now and again and read a chapter from.

I like this book for the humour and bizarre characters, Ignatius, Ignatius’s pen friend Myrna Minkoff from college, and old-timer Mrs Trixie to me are highlights.

One of the great comedies in fiction. Like nothing I’ve ever read before, highly original. Is Ignatius Reilly a genius or a madman? ( :

The title refers to a quote from Jonathan Swift: "When a true genius appears in the world, you may know him by this sign, that the dunces are all in confederacy against him."
Posted by Chris at Thursday, November 04, 2010