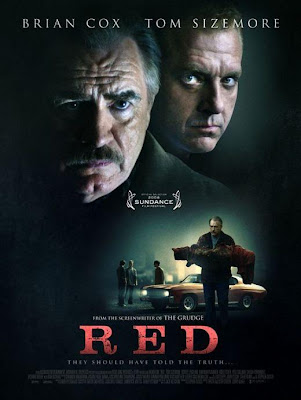 Don't confuse this review with the new Bruce Willis movie Red (2010) or the French/Polish trilogy Blue/White/Red.

Red (2008) surprised me and was better than I expected. Still thinking about the story several days later. It’s about a middle aged man and his dog Red, and some irresponsible youths, who get in his way.

Despite not being a fan of the actor Tom Sizemore, I still liked this independent film as a whole. Luckily Sizemore only has a small part in the film, even though he is all over the poster.

The film does have a few flaws, the friendship between the dog and his owner is not really explored, which could have been more detailed. 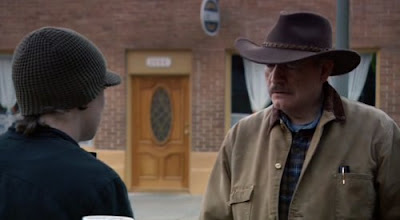 It makes you think how you might have reacted in the same situation. I agree with another reviewer, who says Brian Cox’s main performance makes us feel empathy for him, and makes us want to join him on his quest for justice. It appears to criticize the current younger generation and their behaviour, although not all youths are like this obviously. Irresponsible parents is also a theme in the story.

I strongly advise you to not watch the trailer, as it gives away too much of the story.