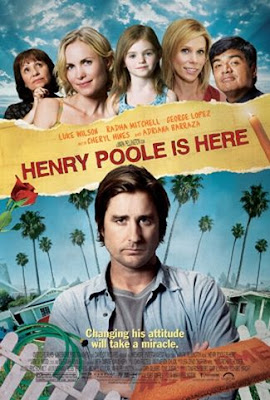 I was a little sceptical when I saw it had received an unimpressive rating on IMDB, but based on positive reviews on movie blogs breathingmovies and theaudient, I decided to watch this film. I am glad I did, great film, which I recommend. Very underrated!!!

Directed by Mark Pellington, it’s about a man who moves to a new neighbourhood. A mark is discovered on the wall of his house and the neighbours become increasingly interested in this spot. It’s a thought-provoking film about faith and perception, but it doesn’t shove the message down your throat. Instead we hear both sides of the theme, which makes it a more complete film. In other words, you can be a non-believer and still get something out of it. It's not a christian film, if that's what you're thinking. 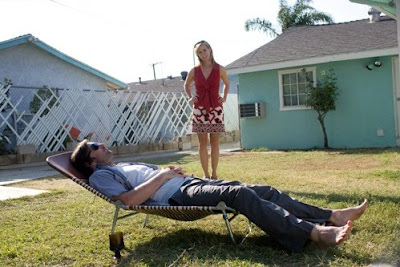 The slower pace of the story makes you contemplate your own faith and how you react to other people’s beliefs. The cinematography is beautiful and the characters likeable. The name Henry Poole sounds kind of like indie director Hal Hartley’s character Henry Fool, I wonder if they got the name from there?

The soundtrack was typical for an indie film mixing contemporary unknowns, and a few established artists. Highlights for me were 'Promises' by Badly Drawn Boy, and a track by Bob Dylan called 'Not Dark Yet'. Listen to those songs here:

'Henry Poole is here' is definitely a movie you can rewatch and one to see with your friends and talk about afterwards. Don’t understand why a number of critics gave it poor reviews? This to me is an above average independent film.