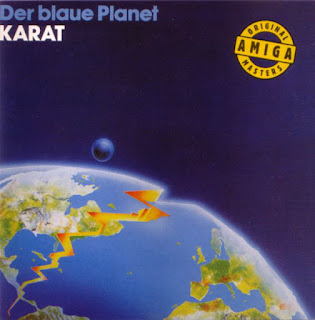 I recently went on an enjoyable holiday to Berlin for a week. In the DDR museum, I learnt about what it was like to live behind the wall in East Germany. Travel was forbidden, limitations on what food was available, stuck on a waiting list for years in order to own a low quality car (Trabant), and having to sign a written agreement of loyalty to the party so as to be allowed to study at the university.

Opposing the regime was forbidden. Those were different times, yet it wasn't so long ago! If you had to point to a positive of that era, then it was the low unemployment in the DDR. In fact after the fall of the wall in 1989, many East Germans who fled to the West struggled to find work.

Books and music were examples of censorship. Popular culture was viewed as dangerous and potentially subversive in communist Eastern Europe, designed to corrupt its young people, turning them away from socialist ideals. Most music fans simply resorted to taping their favorite songs directly off West German radio stations and exchanging them with their friends. Western bands were not permitted to play in East Germany, and East German rock bands were essentially protected against foreign competition. A limited musical exchange between East and West Germany would gradually happen in the 1980s. Punk was an underground movement; many bands performed concerts in their own garages and recorded and distributed their music on self-made cassettes. However, as the movement grew, Stasi agents were increasingly able to infiltrate the punk scene. East Berlin punk group Namenlos were arrested and sentenced to between 12 and 18 months in prison for ‘disparaging the state’. Klaus Renft Combo were banned in 1975, the committee told the band that their lyrics ‘had absolutely nothing to do with socialist reality'.

The highlight of the museum was a listening area where I could hear DDR hits via headphones. With a chart on the screen in which visitors could vote for their favorites. Der Blaue Planet by Karat was in the top 5. I later discovered it's not just a song but a full length album from 1982, released on the state record label AMIGA. The majority of the music on the playlist I had never heard of. Other popular DDR groups included The Puhdys, City, and Silly. Since the museum's cd stock was sold out, I looked for and found a greatest hits by Karat in Media Markt, a nearby multi-story electronics store at Alexander Platz. Also bought a compilation of (mostly 70s and 80s) rock called Das Beste Aus Der DDR. Each cd cost 6 euro. I guess what I found out is that the German music scene has many interesting acts besides Kraftwerk, Tangerine Dream and Can. Not all quality, but some of it still holds up. My German isn't as good as it used to be, so that may diminish what I take away from the music. If the melodies are strong enough, then the lyrics are of lesser importance.


What do you think? As always, comments are welcome
Posted by Chris at Monday, October 09, 2017