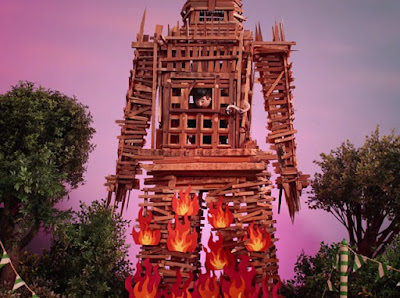 21.)
Saint Pablo by Kanye West (listen on Spotify)
Hip hop. The closer touches on many themes such as the need to say no. "400 years later we are buying our own chains". Samples Yvonne Fair's 1975 Let your Hair Down.


22.)
White Privilege II by Macklemore & Ryan Lewis
Pop rap. A thought-provoking think-piece that doesn’t dumb it down. About what it might be like to be white in the face of black lives matter. The production is as epic as the lyrics


24.)
Movin Backwards by A Tribe Called Quest (listen on Spotify)
Conscious Hip Hop. Possibly the most overlooked (and best) song on the album. Great beat. Found on the second disc.


25.)
Final Credits by Midland
House/ Dance. A few publications named this the 'song of the summer' at festivals


27.)
Irene by Courtney Marie Andrews
Singer-Songwriter. There’s a sincereness about her, the album was made with friends, with no studio intervention.


28.)
Growing Up by Macklemore & Ryan Lewis
Pop rap. About parenthood


29.)
Blue Remembered Hills by Ultrasound (buy)
Prog Rock. An epic that reveals new aspects on each listen. Thanks to Rol for the recommendation.


30.) Burn the Witch by Radiohead
Art Rock. There's a political message to be decoded in the 'Wickerman' imagery

Find anything you liked? Already know some of these? Which are your favorites from these albums? As always, comments are welcome. Tracks 20-11 coming soon!