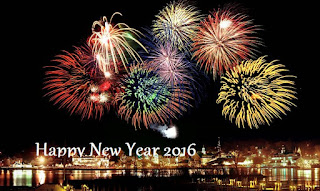 2016 means we turn a page. Look back and look forward. During 2015, I hurt my foot, knee, and had my bike stolen, yet there were also positives such as making acquaintances and experiencing untried things. I visited a newly-opened museum which was interesting. Also a few lectures, Should We Fear the Robots, and another about Kierkegaard.

Christmas as usual with the family, some illness which we are still recovering from. Fortunately nothing serious.

Presents, I received a few dvds, including Ray w/ Jamie Foxx, The Immigrant w/ Marion Cotillard, and Chang-dong Lee's Poetry (2010).
Books, I got a collection of Kafka's short shories. A subscription to a magazine about world news. An ice box and woolly socks were a couple of useful gifts that will come in handy.

Goals for the New Year include going on a holiday, reading+reviewing books from my reading list, continuing with the music project on the year 1980, and prioritizing classic film instead of new releases.
Speed of reading is exceedingly slow, despite a new arm chair and glasses. Each year I read less which is frustrating so now I've joined a book club. Maybe I just need to make reading a routine and then I will finish more books in less time.


My resolutions. Try and not be late, which is a bad habit, I need to work on that. Also I want to get better at thinking before I speak. Each morning, jotting down the goals for the day, and writing a small diary entry before bed to keep track of what I did. Easier said than done of course.