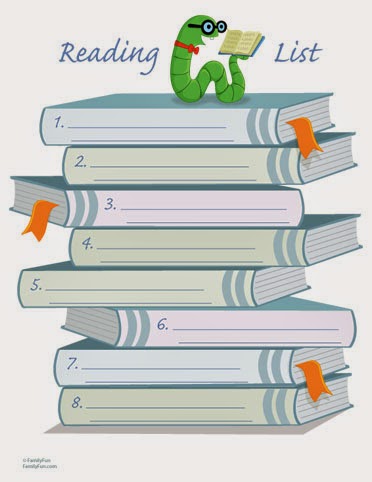 Needless to say this project will take me a few years to get through, especially in that I’m a slow reader. I can’t just swallow books in a few hours like some people can. I'm sure I'm forgetting some important reads, but today these are the books I'm interested in giving a shot in future. When I say give a shot I'm saying I may not finish them if they do not hold my attention. Hopefully I'll review several of the below titles. Should keep me busy!

The Brothers Karamazov by Fyodor Dostoevsky

On the Road Jack Kerouac (review)

The Bell Jar by Sylvia Plath

Ham on Rye by Charles Bukowski

The Magic Mountain by Thomas Mann

The Sorrows of Young Werther by Johann Wolfgang von Goethe

Song of Solomon by Toni Morrison

Wind in the Willows by Kenneth Grahame

A Tree Grows In Brooklyn by Betty Smith

Hitchhiker’s Guide To The Galaxy by Douglas Adams

A Prayer for Owen Meany by John Irving

The Power of One by Bryce Courtenay

The Complete Poems by Emily Dickinson

Leaves of Grass by Walt Whitman

The Waste Land and Other Poems by T.S. Eliot

A Shropshire Lad by A.E. Housman

The Complete Stories of Franz Kafka

Will You Please Be Quiet, Please? by Raymond Carver

The Bloody Chamber and other stories by Angela Carter

The Complete Stories by Flannery O’Connor

No One Belongs Here More Than You by Miranda July

The Thing Around Your Neck by Chimamanda Ngozi Adichie (review)

A Thousand Years of Good Prayers by Yiyun Li (review)

The Beach by Alex Garland

The Glass Castle: A Memoir by Jeannette Walls

Where Shall Wisdom Be Found? by Harold Bloom

Are We Not New Wave? Modern Pop at the Turn of the 1980s by Theo Cateforis (review)

Gilliam on Gilliam by Ian Christie

My Autobiography by Charles Chaplin

A Biography of Kafka by Ronald Hayman

Innocent When You Dream: Tom Waits - The Collected Interviews by Mac Montadon

Bad Seed: The Biography of Nick Cave by Ian Johnston

Pigs Might Fly: The Inside Story of Pink Floyd by Mark Blake

Do you also have a to-read list? Have you read any of the above selections?