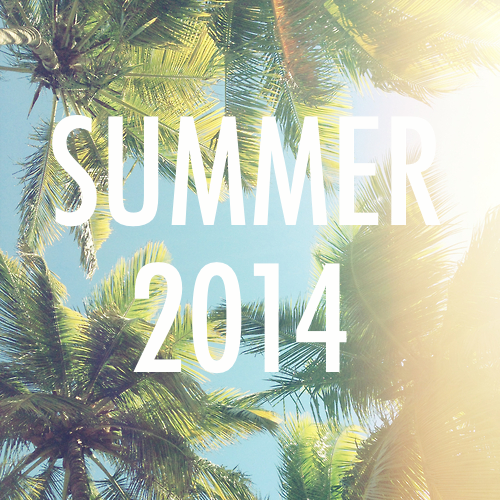 I'm taking a break from the blogosphere for most of July, just so you know! In the meantime, enjoy this summer playlist I put together. There are many ways of doing such a list, I decided to only go with new music:

Problem (feat. Iggy Azalea) by Ariana Grande  (Has been called the song of the summer. hmm, is it?)

Do It Again by Röyksopp & Robyn

Gimme Something Good by Ryan Adams

You're Mine (Eternal) by Mariah Carey

Jealous (I Ain't With It) by Chromeo

Get Her Back by Robin Thicke (Maybe will grow on me over the summer? Not as good as his 2013 hit Blurred Lines)


Which music are you listening to during summer? Any of these? Or something else that caught your attention?
Posted by Chris at Thursday, July 03, 2014

Email ThisBlogThis!Share to TwitterShare to FacebookShare to Pinterest
Labels: Songs from 2014, summer playlist