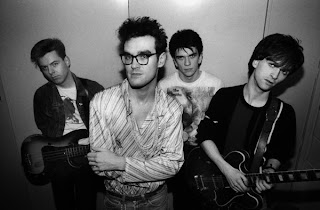 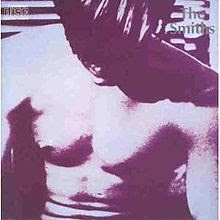 Thoughts: Their debut album. The Smiths are sometimes talked of as the best band of the last 30 years, Morrissey is an opinionated singer who has an unusual and unique vocal style. He has been called overrated and underrated. The band's uniqueness is also due to talented Johnny Marr on guitar. Marr was co-writer of the lyrics with Morrissey, and the writing is another reason to praise the band. I didn’t gravitate towards the music at first, have grown to appreciate it. The name of the band was partly a reaction to the glossy aspirations and glamour of early 80s pop music.

Morrissey in documentary The Importance Of Being Morrissey (2002): "The Smiths was an incredibly personal thing to me, it was like launching your own diary to music"

Favorite tracks: Hand In Glove, What Difference Does it Make, This Charming Man, I Don't Owe You Anything, Suffer Little Child 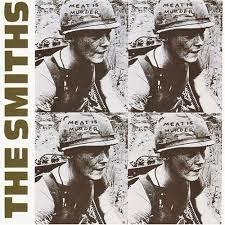 Morissey archive interview from documentary Not Like Any Other Love (2013): "We feel that popular music should be used to make serious statements, because so many groups sell masses and masses of records, and don't raise people's level of consciousness in any direction, and we find that quite sinful"

Have you listened to The Smiths? Or are you new to the band as I am?
Posted by Chris at Thursday, August 15, 2013