Soft rock, or near enough 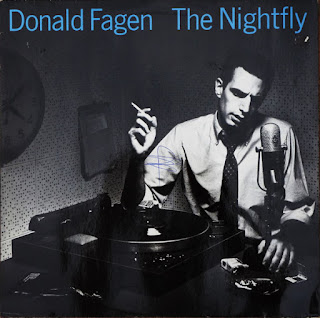 In response to Alyson's soft rock appreciation, here are a few of my own picks. Her post was primarily dedicated to the 70s. Has been written soft rock evolved into the synthesized music of adult contemporary in the 1980s, so there's a bit of genre confusion in my 80s choices. Perhaps I should have titled the post differently. Hope you like them.


New Frontier by Donald Fagen (album: The Nightfly) (1982)
(Arguably The Nightfly is jazz pop, after all, it is a solo album by a member of Steely Dan. But I think the song can go as soft rock)

Young Turks by Rod Stewart (1981)
(Some may describe the lyrics as cloying. I like the big 80s chorus and optimism about the future. Wikipedia labels the album soft rock, though could be described as new wave/pop rock)


Let's Fall In Love Tonight by Lewis (album: L'Amour) (1983)
(Apparently singer-songwriter Father John Misty's wife walked down the aisle to this song. Reissued in 2014. Has been claimed the music is not from the 80s, a prank that was recorded in our times. Either way, a mysterious, soulful album I can get lost in. Could be labeled as ambient pop, fits here)


Any thoughts? As always, comments are welcome
Posted by Chris at Thursday, August 03, 2017