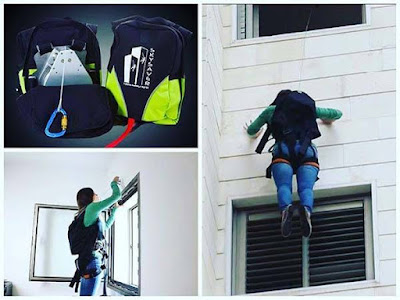 I was sickened by the recent Grenfell Tower fire in London. Obviously everyone was shocked and angered this could happen. From what I understand the fire was caused by a fridge, which the firefighters claim to have put out, but by that time the fire had spread up the building.


I’ve been wondering how a disaster like this could potentially be avoided. Clearly authorities are working on changes so flammable panels and fire sprinklers meet safety standards. Apparently the UK government confirmed that councils estimate 600 high-rise buildings could have similar flammable exterior cladding to that used on Grenfell Tower. 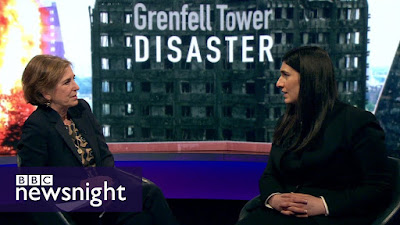 Of course, the matter of housing the victims is a priority, and many, firefighters, surviving residents, and onlookers, need aid and counselling. What was nice to hear was the outpouring of support by Londoners who offered food and clothes to those who lost everything in the fire.
In an interview with a solicitor, it saddens me the public enquiry doesn’t allow the victims to be heard, which an inquest would.
This is one of the richest boroughs who made £13m gross profit in 2016 and £12m in 2015, so you’d think they could afford to meet basic safety regulations. 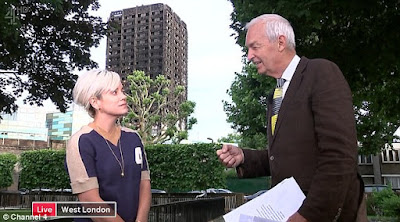 Unfortunately, there’s also the question of political bias. Musician Lily Allen in a brave interview spoke of approx. 300 politicians with 72 of them landlords, a situation which conceivably might impact the voting for the passing of a law on fire safety.

I hope I'm not being insensitive, if so I apologize. I was reminded of the 1970s Hollywood disaster film The Towering Inferno. What lessons can be learned is the reason for mentioning it. Note, the IMDb description says the building was "poorly constructed".
Spoiler warning: The plot is a rescue operation, with Americans trapped in a burning skyscraper. A solution in the film (described in this clip) is allowing water tanks in the building to wash down over the flames. Perhaps wasn’t an option in London? Spoiler end.

A practical method I’ve become aware of is at skysaver.com, a $1500 product that could save you in an inescapable highrise fire like Grenfell Tower. I'm not receiving a penny to promote this rescue device. I'm just trying to find ways to save lives.