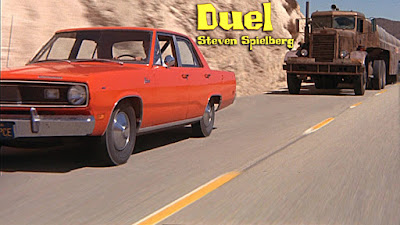 I usually enjoy car journeys on the motorway, listening to music and without the stress of heavy traffic on smaller roads. Recently, I was going along as usual. Many others dangerously use the motorway as a high-speed race track and never seem to get a ticket. I was travelling at 80 km/h (50 miles/h), which is on the slow side, but with two lanes there is a chance to overtake, and I know cars with trailers HAVE to go max 80 km/h in our country. I didn’t have a trailer on but felt entitled to drive carefully, and it’s easier to listen to music at that speed, as there’s less engine noise. Then I find myself followed by a car. At first didn’t concern me, then went on for 30 minutes which is unusual as drivers usually lose patience and move past. When I reach my turn-off the car continues to follow and I’m feeling a bit uncomfortable. Are they going to follow me all the way home? I hope not.
A police car has been waiting by the turn, follows me for a while, then suddenly puts his lights/horn on. I’m wondering if he simply is busy and wants to overtake. Then he gestures for me to pull-over which I do at the next roundabout. Apparently someone had phoned the police to warn them I was coming. When I stopped, the policeman approached. I feared the worst, so said nothing. Asked for my driving license and if I owned the car. Apparently I was driving too slowly on the motorway and not in a straight line. The accuser had assumed I was driving slower because I was drunk, which I wasn’t. I was merely trying to save petrol as my 1,0 engine uses up almost twice as much if I go along at 70-80 miles/h. The motorway was very quiet.
Regarding the swerving from side to side, I didn’t mention to the police, but my car model is light-weight and the steering is the weakest aspect of the car. I’ve spoken to another person who owns the same model and with side wind and gusts it’s normal for a bit of turbulence, especially at higher speeds. Probably I should have explained this, but I didn’t want to make excuses. I just said I was sorry, wanted to save petrol, and wasn’t trying to bother anyone. It’s hardly my fault if a cheap car is not steady on the road. He still wanted me to blow into a breathalyser even though I said I hadn’t been drinking. I asked what the lowest speed you are allowed to drive is, the rules are murky as they can’t force you to go at a specific speed. He advised me to take the highway instead, if I want to go at that speed.

Who is right in this situation? I can understand someone worried about a drink/driver, but I think it’s an excessive overreaction for a random person to follow me for so long and deliberately slow down. If they want to go faster, why drive behind me? I’m 99% sure it’s the follower who phoned in my number plate. The accuser also 'beefed up' his story by claiming I was travelling at 70km/h (43 miles/h) which is dishonest.
Part of me thinks they got some pleasure from seeing the police catch me, and the policemen had no choice but to follow procedure. A misunderstanding that I’d rather have avoided. I guess there are people who have nothing better to do than complain. I never imagined I’d say to a police man, ”I promise to go faster…” . Was almost absurd saying that sentence out loud. Obviously the experience isn't as shocking as Spielberg's Duel pictured above, though my incident has left some mental scares.