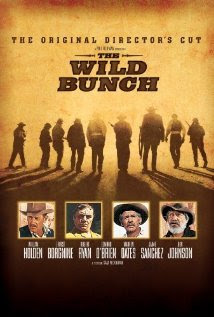 The Wild Bunch (1969)
Directed by Sam Pekinpah, so I expected it to be violent. Bloodbath, especially at the beginning and ending of movie.
The back story flash-backs are a bit similar to Sergio Leone’s Dollars trilogy.
Entertaining western, which is as good as Leone’s work, which it aspires to be. I was wondering who the villain is, and maybe the wild bunch we follow ARE the bad guys.
William Holden wasn’t wild enough, though, perhaps he was supposed to be the quieter member of the group.
The machine gun out of control, that was pretty hilarious, which I would label morbid humor.
Rating 8.5 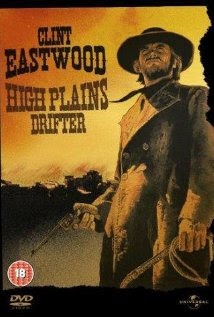 High Plains Drifter (1973)
Considered among the best Clint Eastwood westerns.
A somewhat dubious character (Eastwood) is hired to protect a town, whether he is exploiting or helping the situation is ambiguous. Again Eastwood plays the man with no name. The tone of this western is quite edgy and controversial, does he rape a woman? Or did she allow it? I didn’t like the way women were treated in the film, but this may also be due to how women were depicted on film in the 70s.
Smarter than most westerns, and it stays with you a long time after the credits roll. It asks how much would you surrender to protect your town. Yet it isn't all dark, with a certain amount of humor sprinkled in, especially from Eastwood.
Favorite quote: “The only problem you’ve got sheriff is a short supply of is guts, you people don’t need me”
Rating 8.0 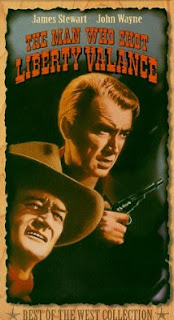 The Man Who Shot Liberty Valance (1962)
John Ford western. Lee Marvin sure is one mean villain, I’ll say that much. Plus memorable characters played by John Wayne, Jimmy Stewart, Edmond O'Brien, and others.
Quote: “What kind of lawyer, the man who should function as both judge and jury, takes the law into his own hands?”
Rating 8.0 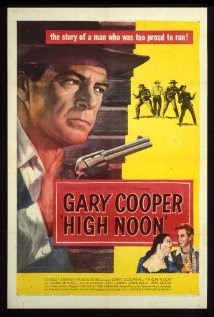 High Noon (1952)
Gary Cooper was old enough to be Grace Kelly’s father, but let’s forget that.
Does a good job of building suspense, which culminates in a classic shoot-out. Compared to other westerns, this doesn't have as many action scenes, though.
Rating 7.5 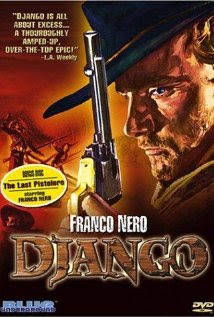 Django (1966)
The inspiration for Django Unchained, for my money Sergio Corbucci’s western is superior to Tarantino’s.
The death count is pretty high, but you keep watching, to find out what will happen to these characters. The story feels iconic, and the main theme is fantastic.
Rating 8.5 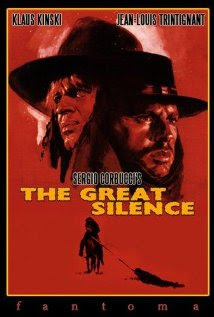 The Great Silence (1968)
Sergio Corbucci directed western. Stars Jean-Louis Trintignant (from Amour) and Klaus Kinski in a story about bounty hunters.
The film is pretty good and has a few nice details, the brilliant score by Ennio Morricone, the snowy mountain scenery, guns not working in the cold, the mute throwing the matchstick in the whiskey, shooting holes in potatoes, and Kinski’s menacing performance.
A slow-building western, without the big action scenes and urgent storytelling of Django (1966).
Favorite quote: “Calm down friends, since when are wolves afraid of wolves?”
Rating 7.5 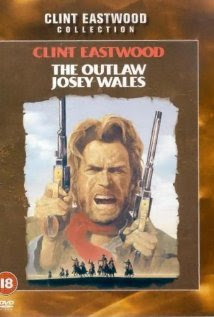 The Outlaw Josey Wales (1976)
Often in conversation as among the best Clint Eastwood westerns.
The manhunt story has been done before in other movies, but the story is entertaining. I felt I had been on a journey with these characters.
If you’ve enjoyed Dollars Trilogy, this is a similar style, and worth watching. Features possibily the longest dialogue scene Eastwood ever did in one take.
Clint Eastwood basically plays...Clint Eastwood. He sure did a lot of spitting in this western :)
Rating 7.8

Which are your favorite westerns? Any thoughts on the above titles?
Posted by Chris at Wednesday, July 10, 2013