Monthly links from the blogosphere: November 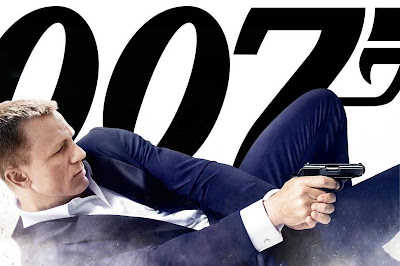 Everyone in the blogosphere is reviewing the new 007 film. Sati at Cinematic Corner thought Skyfall was better than Casino Royale. Tippi from On The Screen Reviews was a little disappointed by Skyfall, and prefers Casino Royale. Jaina at Time Well Spent and Ronan at Filmplicity gave Skyfall 5/5.

Nostra is not a big fan of Wes Anderson, but loved Moonrise Kingdom, I have similar feelings about Anderson's latest. Perks of Being a Wallflower is another film he loved, which I'll be posting a mini-review of myself this weekend.
Nostra also was kind enough to help me by making my new banner above. Thanks man! I'll soon be posting a guest post of Nostra's favorite hip hop songs.

Alex Withrow asked How Do You Define a Horror Film? (A great question that started an interesting thread. Worth reading if you are into horror). It could be my favorite article on his blog this year.

Josh updated his top 100 films list. Tyler is in the process of writing about his top 100, ten films at a time.

Eric reviewed On The Waterfront, among my favorite classic films.

Bonjour Tristesse reviewed Beasts of the Southern Wild (2012), a film that is not to everyone's taste, perhaps because of the unrealistic, yet memorable, voice-overs.

Chip at Tips from Chip is reviewing time travel movies