David Zou at Taste of Cinema has thought up a new blog-a-thon relay race, and was kind enough to pass the baton over to me... I love director quotes, so fun to take part!

Here's how it has gone so far:
David at Taste Of Cinema
Chris at Movies And Songs 365


The idea in David's own words:
People love wisdom words from great minds,as a cinephile,I prefer director quotes than words from any other group of people in the world.Their thoughts on cinema not only provide insights into deep understanding of cinema,but also open the window to their own films,their genres,their filmmaking methods,thus need to receive more exposure as their films did.

The rules of the relay race:
I will list 10 of my favorites quotes from directors and comment on each of them in my post,then I will pass the baton to the next blogger.

Each of the participants should first add all the post links in the relay race history,then list the 10 quotes with all the comments in the previous blogger’s post,then you can do it in two ways:

then pass the baton to the next one.

I will update this post every 10 days by adding the post urls of those who participate in this blog-a-thon.

I bring this up for 2 major purposes:

1. More director quotes can be shared and appreciated by bloggers

2. Bloggers’ ideas about cinema can be shared and appreciated by each other 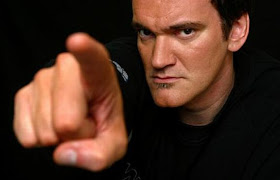 “I steal from every single movie ever made. I love it – if my work has anything it’s that I’m taking this from this and that from that and mixing them together. If people don’t like that, then tough titty, don’t go and see it, alright? I steal from everything. Great artists steal; they don’t do homages.” – Quentin Tarantino

Bold and honest statement from a guy who surely knows how to steal.I bet the video renting shop experience must have helped Tarantino a lot to become an important director in modern cinema,I remember seeing his interviews in Reservoir Dogs DVD and he makes a long list of films he “steals” from,this must have happened in all his films.

Homage is a beautiful word invented by film critics,steal is a much more proper word,but I don’t care what it’s called as long as the director steals “stylistically”,I like finding these hidden “homages” as a test to my cinephile quality. 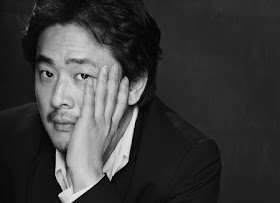 “Actually, I can’t stand watching violent scenes in films; I avoid watching horror films. I don’t tend to watch action films mainly because I find them boring, but I watch the films of David Cronenberg and Martin Scorsese, usually in a state close to having a heart attack. I’m a complete coward. I make violent films as a result of my sensitivity to violence—in other words, my fear of violence.” - Park Chan-wook

It’s interesting to call David Cronenberg and Martin Scorsese films as action films,but let’s focus on the last sentence,it sounds unconvincing first but the more you think about it,the more you find its philosophy.Directors make films based on their own feelings,if something can cause them fear,they know it can do the same thing to the audience.That’s why Hitchcock projects his fear of murder and police in his childhood experience to the big screen,he knew we would feel the same,or even more fearful then he felt. 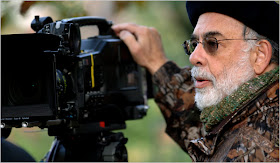 “An essential element of any art is risk. If you don’t take a risk then how are you going to make something really beautiful, that hasn’t been seen before?” – Francis Ford Coppola

We can understand this quote much better from a director who made Apocalypse Now,which probably is one of the most risk-taking picture ever made in cinema history.So many directors had encountered the tragedy of short of filming budget for the next project,the most famous example is Tati,who spent all his money on building the Tativille for the shooting of Playtime and became broke after the film’s box office failure,this disaster almost killed his career. Coppola took the risk few directors would dare to take and it was paid off,Apocalypse Now is so beautiful and unique,arguably the best war picture of all time,if you have no idea what hell Coppola had been through,check out his wife’s documentary – Hearts of Darkness. 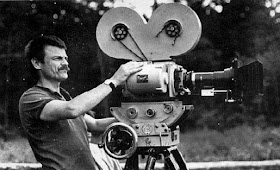 “Unlike all the other art forms, film is able to seize and render the passage of time, to stop it, almost to possess it in infinity. I’d say that film is the sculpting of time.” – Andrei Tarkovsky

We ain’t talking about “bullet time” here,we are talking about the feel of Tarkovsky films.”film is the sculpting of time” ,what a beautiful metaphor,just like his poetic films,when I watch Nostalgia and Mirror,I can’t feel time,it was like I was going to stay in the dreams or memories of the protagonist forever,the view of another different world is so beautiful that I wouldn’t want to leave. 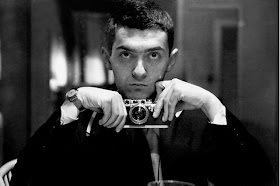 “A film is – or should be – more like music than like fiction. It should be a progression of moods and feelings. The theme, what’s behind the emotion, the meaning, all that comes later.” – Stanley Kubrick

Forget about these arguments about film and fiction,which is a more powerful form BS,sometimes an image of film can speak 1000 words,but can a word speak 1000 images? Definitely NO.Moods and feelings always hit you in the heart first than anything else,and film is all about emotions and psychology,that’s why we shouldn’t care too much about the plot and that’s why such a highly emotional film Vertigo can hit No.1 in the Sight&Sound list. 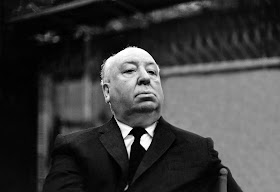 “I am a typed director. If I made Cinderella, the audience would immediately be looking for a body in the coach.” – Alfred Hitchcock

Are you sure the audience is not looking for your cameo,Mr. Hitchcock? Being typed is not a bad thing if you can be the greatest in the niche,Ozu is a even more typed auteur than Hitch,but he still is directors’ favorite in the Sight&Sound director poll.Cinema is about breaking new grounds,but it’s also about consistency,after the auteur forms his own style,his own cinematic language,all he need to do is stick to it for the rest of his/her career,sometimes the consistency is more precious than invention in filmmaking.

“Why make a movie about something one understands completely? I make movies about things I do not understand, but wish to.” – Seijun Suzuki

I think Pedro Armodovar’s quote below is exactly what I want to say here. 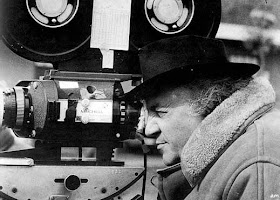 “I don’t like the idea of “understanding” a film. I don’t believe that rational understanding is an essential element in the reception of any work of art. Either a film has something to say to you or it hasn’t. If you are moved by it, you don’t need it explained to you. If not, no explanation can make you moved by it.” – Federico Fellini

Just as what Kubrick said,film is more about feeling than understanding.I often fell in love with films I can’t fully understand,like my favorite film 2001:A Space Odyssey,I still can’t understand it and I firmly believe nobody in this world can,but I can feel the beauty and profoundity in it.People always like to ask Gordard fans if they truly understand his films,that’s nonsense,even to a guy like me who is not a Gordard enthusiast,how do you suppose to appreciate his cinema by understanding it? 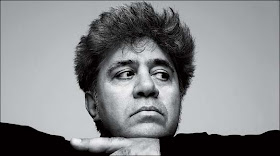 “When I make a film, I never stop uncovering mysteries, making discoveries. When I’m writing, filming, editing, even doing promotional work, I discover new things about the film, about myself, and about others. That is what I’m subconsciously looking for when shooting a film: to glimpse the enigmas of life, even if I don’t resolve them, but at least to uncover them. Cinema is curiosity in the most intense meaning of the word.” – Pedro Armodovar

This is what exactly I’m looking for when watching a film too,to see life in microscope,to see minor things we usually won’t pay attention to in real life.I need films to feed my big appetite for knowledge and life experience,thanks to those directors,they are the magicians who reveal another world to us.


I bid farewell to: 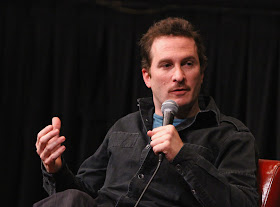 “To me, watching a movie is like going to an amusement park. My worst fear is making a film that people don’t think is a good ride.” – Darren Aronofsky


Why above quote has to go: I quite like the analogy of an amusement park. What Aronofsky says is important, but compared to other quotes, it doesn't really blow me away. Probably I need context for it to really speak to me. 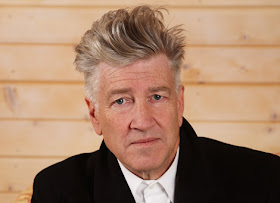 “All my movies are about strange worlds that you can't go into unless you build them and film them. That's what's so important about film to me. I just like going into strange worlds.” - David Lynch

Chris’ Comment:
I thought about going with a quote about how important final cut and creative freedom is to David Lynch, but I think that statement speaks for itself. The quote I picked is also about having an artistic vision, creating an imaginary universe only available as cinema. For me, Lynch’s films take you to a unique world that is beautiful, nightmarish and atmospheric.
You could also apply ”can’t go” to historical events, for example experiencing sailing on the Titanic in James Cameron’s 1997 film, or the battle of Normandy in Saving Private Ryan (1998). You wouldn’t want to die of course, but the movies are so believable, that the filmmakers trick you into thinking you are right there.


I’m gonna pass my baton to Alex Withrow at And So It Begins, look forward to seeing what he has in store for us. Have fun!